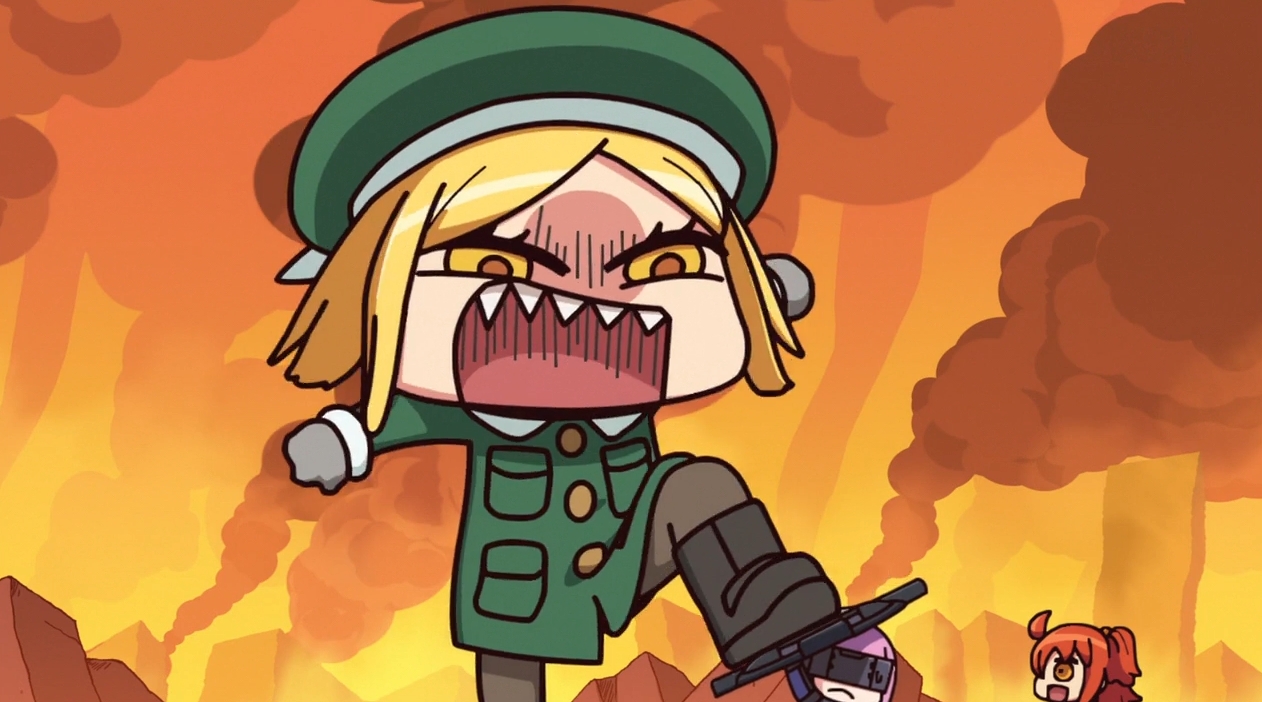 Fate/Grand Order fans might still be recovering from the arrival of Women of Agartha, but Aniplex aren’t about to let 2019’s packed content schedule up, what with both the 4th of July and the English edition’s 2nd Anniversary hitting this month.

That in mind, FGO is set to open its All The Statesmen ~Learning with Manga: The History of the American Frontier~ event to commemorate the event. Spinning off of the game’s popular Learning with Manga webcomic – a humorous strip illustrated by artist Riyo that pokes fun at both the game and its playerbase – All the Statesmen is smaller in scale than the typical seasonal event, and will debut a series of quick quests over the next week, completion of which will award players a free Servant. That Servant, designed by Riyo, is none other than  American folkloric hero Paul Bunyan. Though a mere one-star rarity, Bunyan is by far the largest Servant in the game to date, and on the Japanese server is known as a low-cost superstar for farming regular daily quests.

Coinciding with the event (which kicks off at 2100 PST on July 3rd) is a series of giveaways and special unlocks leading up to FGO’s 2nd Anniversary. Players can tackle high-difficulty challenge quests based on the main campaign’s toughest fights for rewards, and expect more freebies as the celebration builds up.