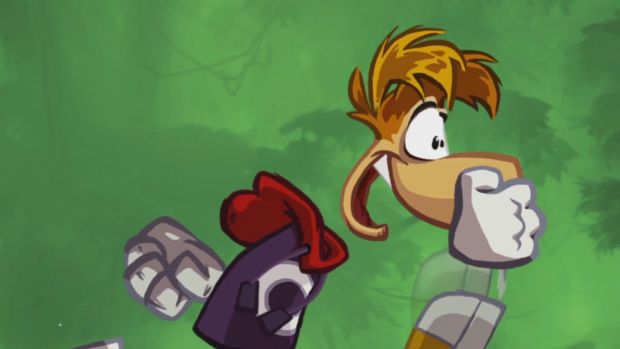 A thank you letter to fans

Between a Google Play editor choice award, and winning iOS game of the year, it’s been a  pretty good run (no pun intended) for Rayman: Jungle Run. As a thank you to fans, Ubisoft has released a title update — simultaneous release on all platforms — that adds two new worlds, free of charge. Not at bad deal at all, but be warned, these new worlds are no cake walk.

The two new worlds are Pirate Ship and Giant Plant, with their themes reflecting their namesakes. I didn’t see much of Pirate Ship, but if difficulty is what they wanted, they certainly achieved it with Giant Plant. As the name implies, there is a giant plant that wants you dead, chasing you as you run through the various levels in that world. The beast stays right on you too, so you have to keep a constant flow and rhythm going to maintain a safe distance away from being hit. Oh, and completionists still have lums and coins to worry about collecting.

There’s also a good amount of variants that stray  from the world theme, such as the Collapsing Ground stage that tasks you to make it through the level while everything crumble around you. It keeps the similar sense of urgency to stay ahead of the level hazard, but with a different challenge.

If you have Rayman: Jungle Run already, then I suppose this is a no-brainer for you as it is free. And if you don’t have it, pick it up. Why not? For $2.99 you get a hell of a platformer, perhaps the best the mobile scene has to offer.