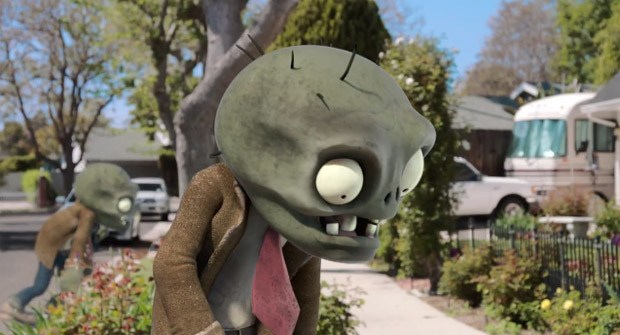 In addition to dating Plants vs. Zombies 2: It’s About Time for July 18, 2013 on iPhone, iPad, and iPod touch, PopCap has shared a few details about the long-awaited sequel. These are the platforms “at launch,” with presumably many more versions to follow at a later date.

Crazy Dave has returned, clearly, and it seems as if he’s going back in time. Great premise! PopCap says to expect new touch-screen power-ups that “break the fourth wall,” allowing you to directly interact with on-screen zombies, for example. According to the studio, “the vast majority of the game will be entirely free to play (players can face every zombie and access every level in every world at no cost), Plants vs. Zombies 2 players will also be able to purchase upgrades and other in-game items.”

Love the trailer, but the free-to-play aspect, not so much. That said, if I’m going to put up with that model for any game, it’s damn well going to be something on the level of Plants vs. Zombies.