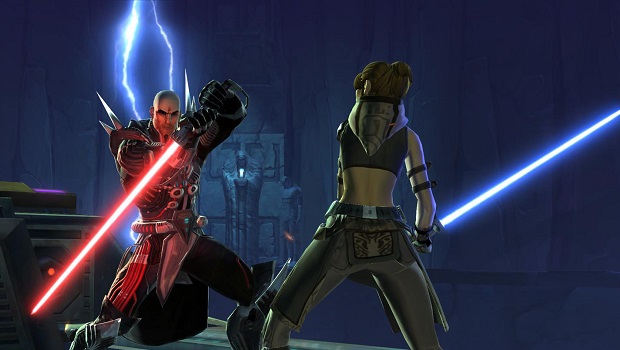 EA’s president of labels Frank Gibeau announced during yesterday’s earnings call that after Star Wars: The Old Republic transitioned to a free-to-play model, “the monthly revenue has doubled.” Gibeau also confirmed that the game saw more than 1.7 million new players since going free-to-play, and that subscribers had “stabilized at just under half a million.”

That’s hardly the World Of Warcraft figures that EA would have been aiming for but once again, it shows that going free-to-play isn’t necessarily the death-knell of an MMO. On the earnings call, Gibeau also mentioned that new content would be coming every “six weeks or so.” Whilst I played the beta of The Old Republic it didn’t grab my attention. It would be interesting to get back in and see what the free-to-play hooks are like first hand.