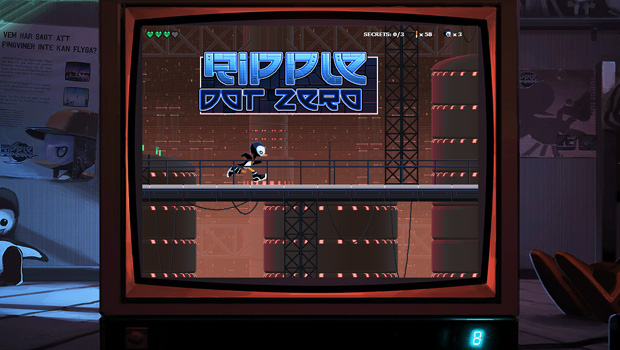 It’s a pretty slow weekend. Why not kill an hour or two by playing this freeware Flash game just released yesterday?

Ripple Dot Zero by Pixeltruss is an homage to the super awesome Genesis years of my youth. Taking its cues from Sonic the Hedgehog, the game stars a genetically engineered penguin in a pair of sweet kicks who busts out of his laboratory prison and bounces around on spring pads. There’s a dash of of Strider too, as Ripple is armed with very potent plasma claws with a pretty long reach.

But the icing is the music. Oh God, that music! That’s FM heaven right there!