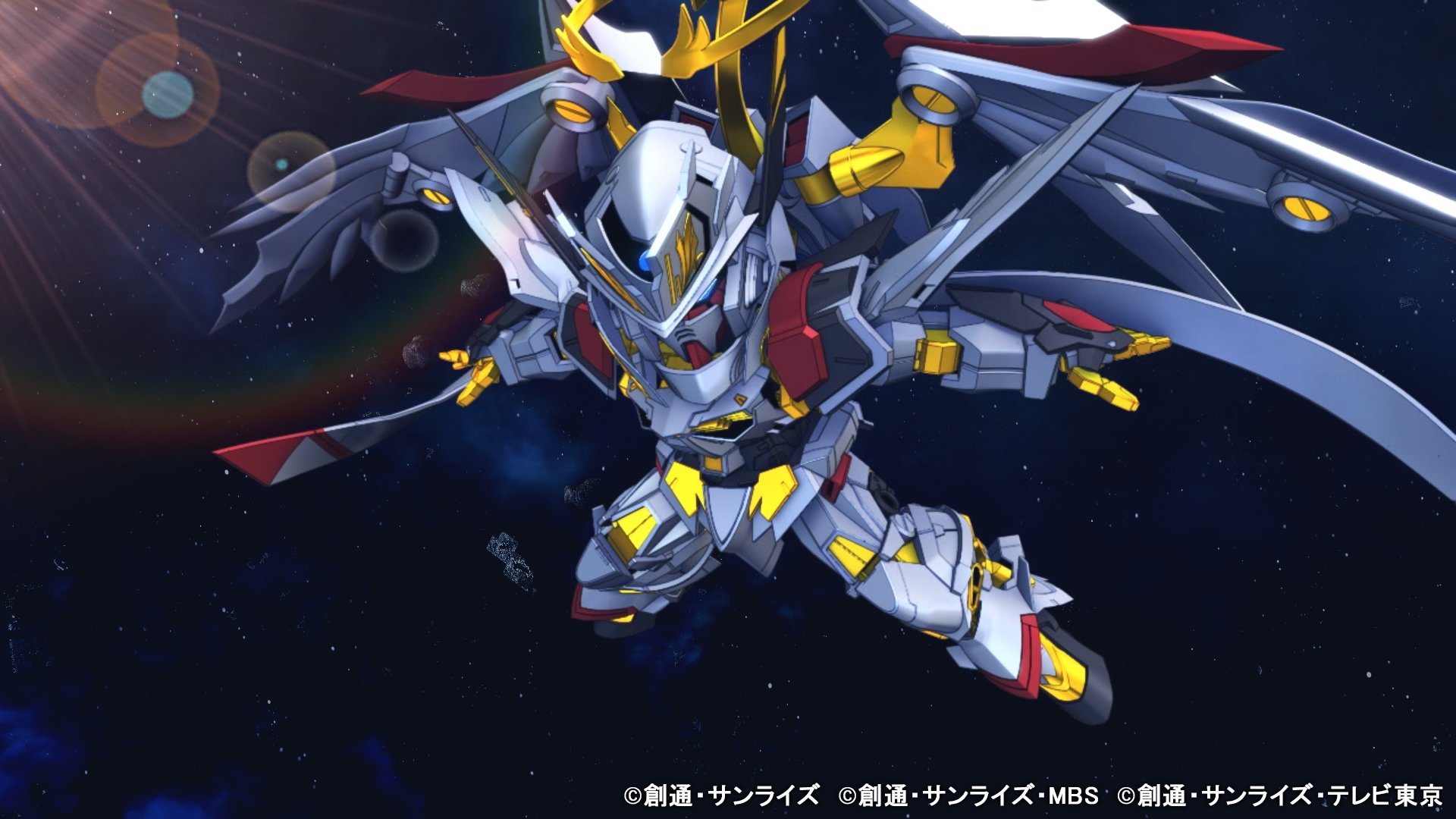 While the quality of Gundam games has wildly varied this console generation, they have been consistent over one particular detail. All of them have had free content in some form, regardless of whether they also had paid DLC or microtransactions. SD Gundam G Generation Cross Rays looks to continue that trend, with multiple mobile suits confirmed to arrive for free in the coming months.

Hope you like Gundam SEED and its spinoffs, because that’s where the majority of the free mechs are from so far.

Scheduled to arrive in December, the first free machine is actually one that’s been brought up before.

If you recall the pre-order bonuses for the game, you’ll remember one of them is the mobile suit Sisquiede in its Titan colors paint job. Turns out the AEUG version will be coming then as well, although it’s unknown what the differences between the two will be. In addition, the pilot of it and protagonist of SD Gundam G Generation Monoeye Gundams, Siegfried Wedner, will also arrive at the same time.

In January, the game is getting the Heine Westenfluss custom version of Destiny Gundam.

I’m not sure where this version of the mobile suit originated from, as the earliest reference I can find is a limited-edition model kit from 2010. Regardless of its origin, it has appeared in various games. This alternate version likely came to be because the character Heine Westenfluss, who is already in Cross Rays, is voiced by Takanori Nishikawa, who performed multiple openings for Gundam SEED. Just gotta love marketing synergy at play.

Finally, we have two more Astray units for the roster.

From the ongoing manga Mobile Suit Gundam SEED Astray: Princess of the Sky, we have Gundam Astray Gold Frame Amaterasu, which can be seen in the header of the article, and Gundam Lord Astray Omega, pictured above. I know nothing about these machines or if their pilots are already in the game – there’s not even a wiki page for either of them at the time of writing. All I can say is that earlier iterations of Gundam Astray Gold Frame are likely in-game already and that this raises the total number of Astray works in the roster to 11.

As for when these two will be available, that is currently unknown. In Japan, PlayStation 4 and Switch owners can get their hands on the mobile suits early by purchasing the manga Gundam Wing G-Unit: Operation Galiarest on December 26 and using the code included. PC players and those with copies from Asia will be left out in the meantime. If I had to guess, the two will be made available to everyone in late January or early February.

SD Gundam G Generation Cross Rays released internationally on PC earlier today. A Nintendo Switch and PlayStation 4 version, with an English translation, will be released in Asia today as well.