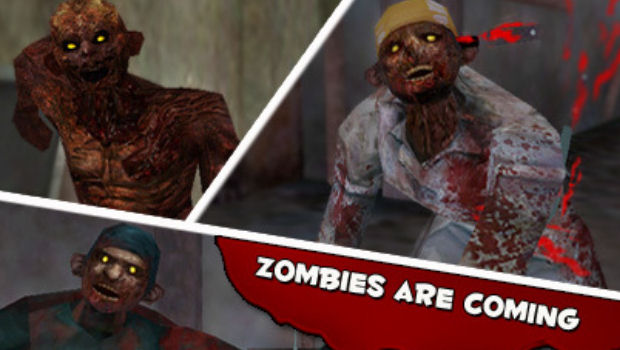 Yes, I know, another zombie game. Fortunately, Zombie Crisis 3D: Prologue (iOS) is one of the not-crap ones, even though you may think it is.

The poor Engrish and the quality of the 3D character models may fool you, but once you get used to Zombie Crisis‘ admittedly unwieldy controls, you’ll find a strangely compelling title with some of the creepiest portable zombies on the market.

The game is all about throwing knives at the undead, knives that you can psychically steer because of reasons. Flick a knife, touch the screen and then personally drive it through a flesheater’s skull. It takes a little practice, but it’s good stuff.

Prologue is basically a short taster level. There are two more games in the series, both of which are paid and one of which is a twin-stick shooter. At least give the freebie a spin, since it’s a bit like House of the Dead, which is cool.