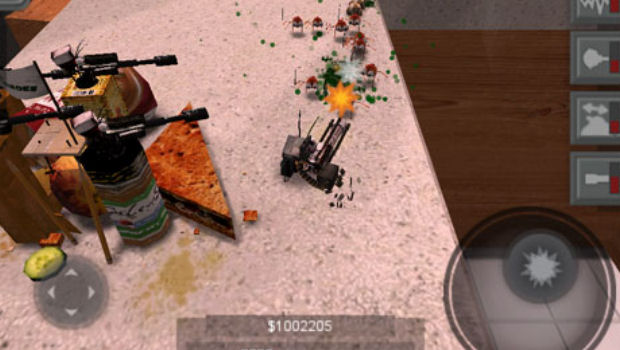 Would you like to play a game in which you play as an ant, a beetle and a spider who have to protect their stash of food from waves of enemy invertebrates? If so, then Bug Heroes is going to be your jam, son!

You switch between your three bugs in order to take on different types of enemies, with the Ant suited to ranged combat, the Beetle designed to squash small enemies, and the Spider used to assassinate armored foes. You earn cash for kills which can be spent on turrets to protect your food, or further upgrades.

There are a further six character to unlock across multiple levels. It’s a damn challenging game, as you attempt to keep your food stockpiled and your characters safe from harm. You’ll find yourself overwhelmed rather quickly.

The game has a few problems — characters move far too slow and close-ranged combat is very unrefined. However, it’s very engrossing and I could see a few patches turning it into a great game. Get it while it’s free in any case.