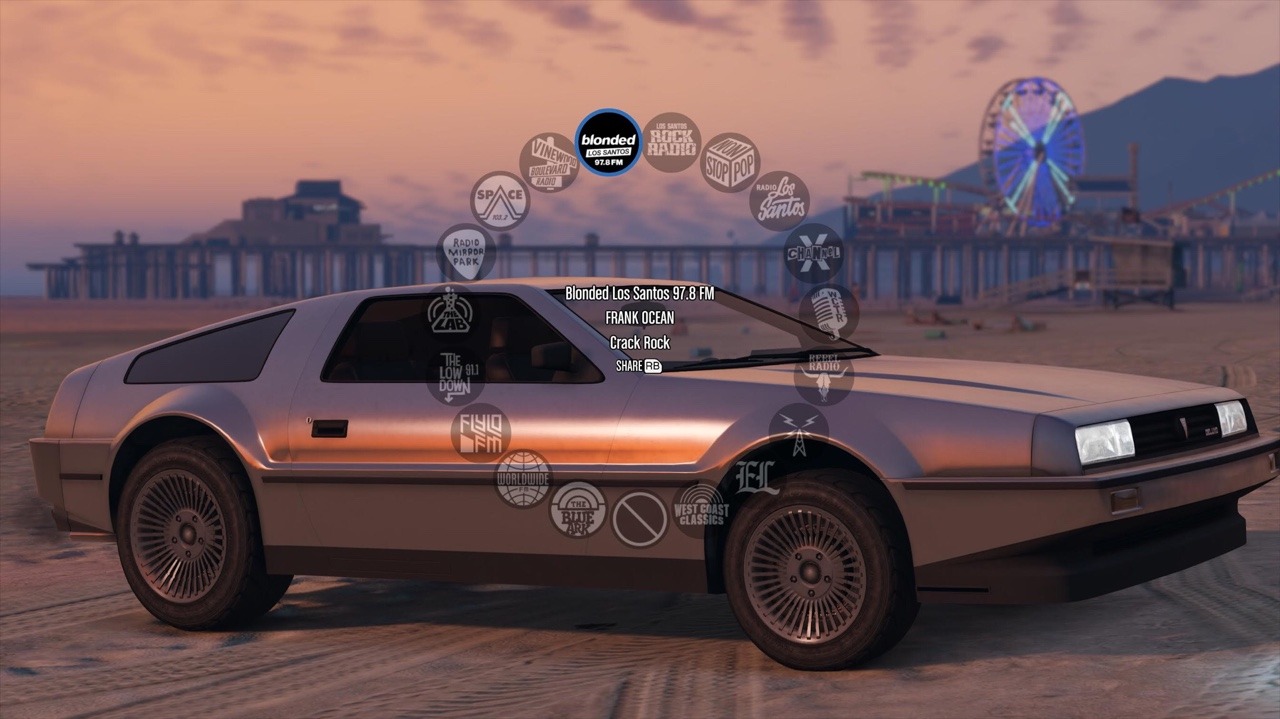 I first discovered Frank Ocean in 2012 after listening to the song “Crack Rock” off his album Channel Orange, a record I’ve been listening to weekly since. And coincidentally, that’s the first song that’s being teased for his new GTA radio station.

According to Ocean’s Tumblr, “Blonded Los Santos 97.8 FM” is being added to Grand Theft Auto Online, based on his actual Beats radio station, Blonded. Crack Rock is being teased so this will have actual Ocean joints, as well as whatever else he decides to curate.

Blonded is likely going to be released alongside of the major Heist update today, so GTA Online players have a lot to be excited for, over four years since the launch of the game no less.