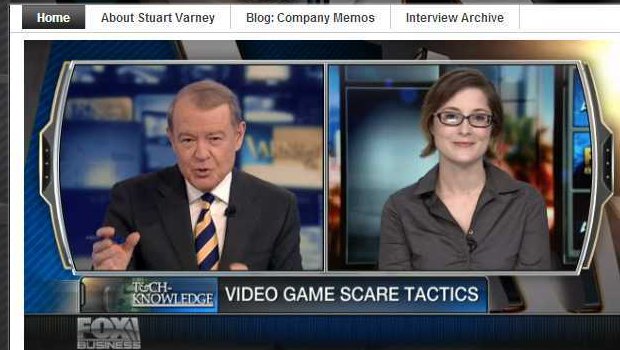 Tomorrow’s Sup Holmes guest talked to a jerk once

Tomorrow on Sup Holmes (1pm PST/4pm EST), we’ll be welcoming Erin Reynolds (no relation to Dennis) to the program. Erin’s had a long, fruitful career in the big budget videogame industry, and has since gone indie, currently heading up development of the horror game Nevermind. It’s a different kind of horror interface, utilizing biometric feedback to alter the game’s world based on your heart rate. The more scared you get, the scarier the world gets, not unlike real life. Everything looks worse when your perception is colored by fear.

Everything also looks worse when you’re talking to a man who is suddenly trying to invalidate the central concept of the game you’ve been working on for years. This guy is my new anti-role model. Is there anyone in the world who thinks that mockingly mimicking the guest on your nationally broadcast television program as they earnestly attempt to explain the thing that they have put their life and soul into is a good interviewing technique? Thankfully, Erin sidestepped his disrespectful, condescending garbage like a champ. We should all handle ourselves so well under pressure. If I were her, my biometric readings would have been through the roof.