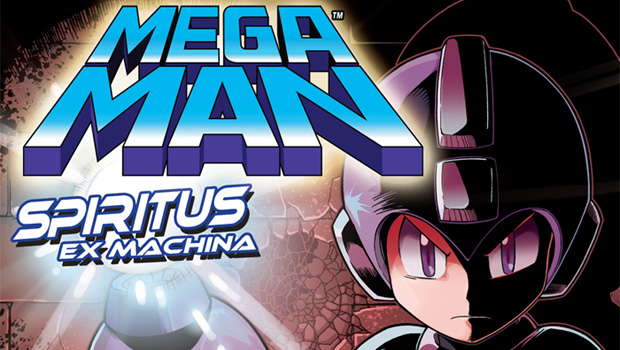 Archie is readying its own celebration for Mega Man’s 25th birthday, but before then, there’s another graphic novel compilation set to slip into stores on December 5 for $11.99.

Mega Man Vol. 4 collects the “Spiritus ex Machina” arc, which ran from issue #13 to #16. To recap, Mega Man and Dr. Light attend a robotics conference, but an extremist group known as Emerald Spears locks down the convention center and attempts to destroy all the robots in attendance. Though it’s not an adaptation of any particular game, this arc dives into the ethics of granting artificial intelligence to machines and the dangers of scientists’ becoming emotionally attached to their creations. Heavy stuff for an all-ages comic, no?

Speaking of celebrations, I haven’t forgotten about the Sonic / Mega Man crossover set to kick off in April with Mega Man #24. Kotaku held a short interview with Archie artist Patrick “Spaz” Spaziante about the sure-to-be-legendary event, so go give that a quick read!