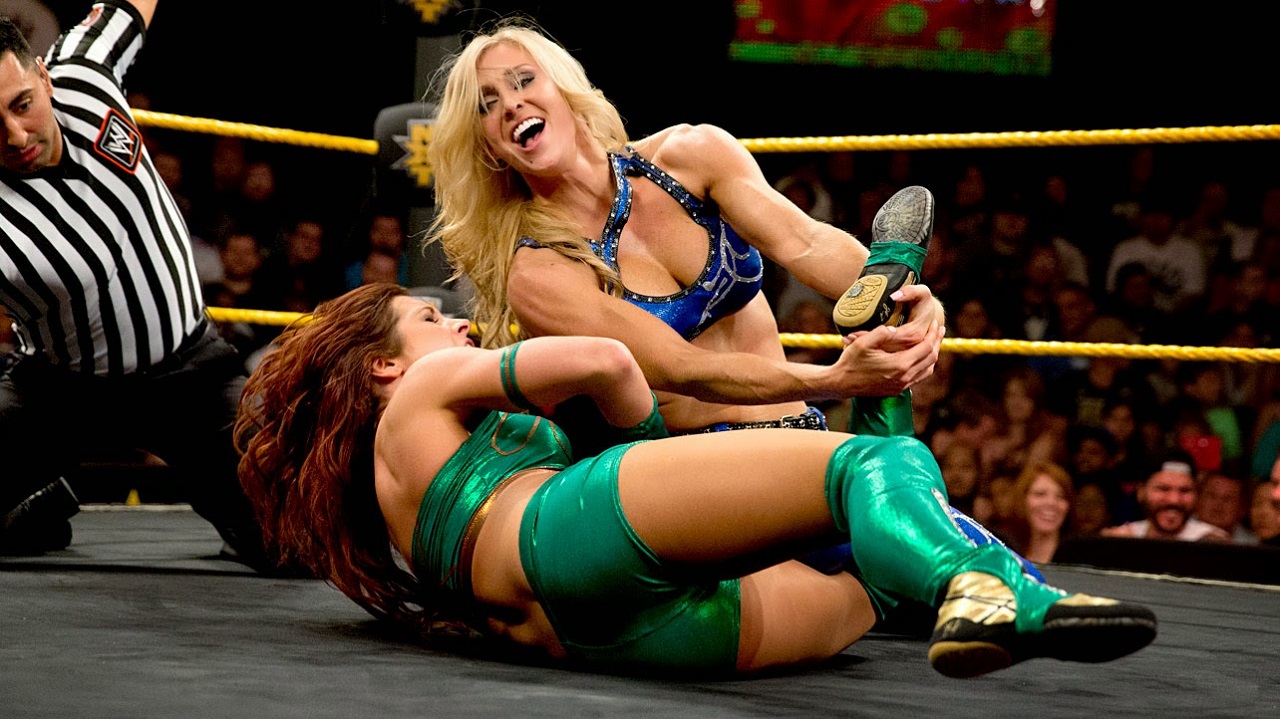 Without the Four Horsewomen

WWE is in the middle of something of a #DivasRevolution right now. The movement’s aim is to give women wrestlers more of the spotlight to showcase their abilities. It’s working to varying degrees — usually fluctuating based on how serious WWE actually wants to take it that week.

Undoubtedly, the skill is there. In fact, it’s better than it ever has been, with an influx of talent coming up from developmental league NXT in past months. The real-life group of Charlotte, Becky Lynch, Sasha Banks, and Bayley — known as “The Four Horsewomen,” an homage to Ric Flair’s (Charlotte’s dad) Four Horsemen stable — made the transition together and helped turn the Diva’s division on its head. More importantly, they’ve sparked actual interest in Divas wrestling among a mainstream audience.

Curious it is then why none of these four will appear in WWE’s licensed video game. WWE 2K16 features a roster of over 120 wrestlers. Several are from NXT, several are long-forgotten wrestlers, several are nothing more than gimmicks (see: The Terminator) — but there just isn’t space for these four, one of which is the current reigning Divas champion.

The developer, Visual Concepts, took to the 2K forums to try to explain the glaring omission. The explanation isn’t very good. Here are the community manager’s unminced words:

When we travel to do scanning sessions we scan everyone that we can get into our scan booth. WWE Superstars and Divas are very busy so we take every opportunity to scan them regardless of whether or not we are using the scans for the upcoming game. We want to have as many scanned as possible because the scan is the starting point for us adding someone to the game.

It is true that it only takes around 5-10 minutes to scan the [Superstars] and Divas but that is step one in a long process. After they are scanned it takes our team about two months to complete modeling work from start to finish. The kicker is that the model is only part of the work required to add a [Superstar] or Diva into the game. Entrances, moves, taunts, attire, entrance attire, music and roster images all need to get developed. In addition, we need to record commentary for each [Superstar] and Diva which is a large undertaking all on its own. So, as you can see, scanning a [Superstar] or Diva is the least amount of work involved in getting someone into the game.

No one doubts that it takes a while to develop everything necessary to get a wrestler in a video game. But, against a roster of 120, four more surely won’t sink the project. Also, in a world of day one patches and constant updates, concerns for space are not a valid argument. Maybe it’s an unfair parallel to draw, but it’s impossible to not be reminded of that time Ubisoft claimed it was too much work to develop female assassins.

Visual Concepts has already said that The Four Horsewomen aren’t coming to WWE 2K16 in either the base game or as DLC down the road. WWE needs to care about more than just the in-ring product. If WWE wants to appear serious about the #DivasRevolution, it’ll push the developer’s hand for their inclusion, free of charge. They should’ve been there in the first place.