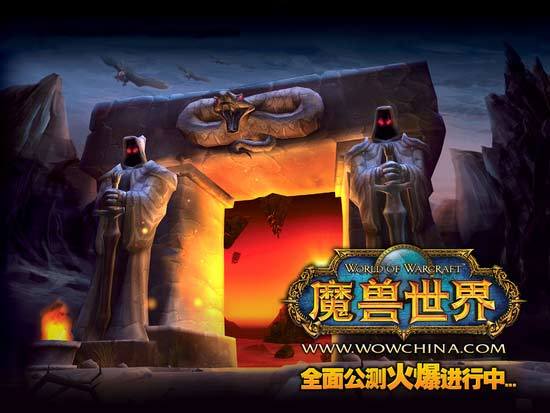 China, the bountiful land that brought us such joys as Chairman Mao, Journey to the West, and wanton wontons, is a strange place. While piracy, copyright infringing, and black market trading runs rampant in Shanghai, Founder Electronics is getting their knickers in a twist over a bunch of squiggles that don’t really mean anything.

Founder is suing Blizzard for copyright infringement of its fonts, and the People’s High Council (intimidating, innit?) have accepted the case. Founder, China’s leading font-supplier, is demanding that Blizzard pay 100 million yuan (about $13 million) for illegally using five of its fonts in World of Warcraft. Founder claims that it’s lost about a billion yuan ($131 million) as a result of Blizzard’s theft.

According to China Daily, this is the latest in a string of lawsuits over intellectual property, and the largest sum ever demanded by a Chinese company in a copyright lawsuit. While Blizzard certainly has pockets deep enough to pay, I doubt they will. I’d bet one of my lungs that they reach the Chinese equivalent of an out-of-court settlement.

While we all like to think of game companies as benevolent spreaders of joy and candy, it’s not inconceivable that they engage in some shady business practices. On the other hand, it’s equally possible that Founder is just looking for a piece of that WoW pie before the government eats it all. What do you guys think?