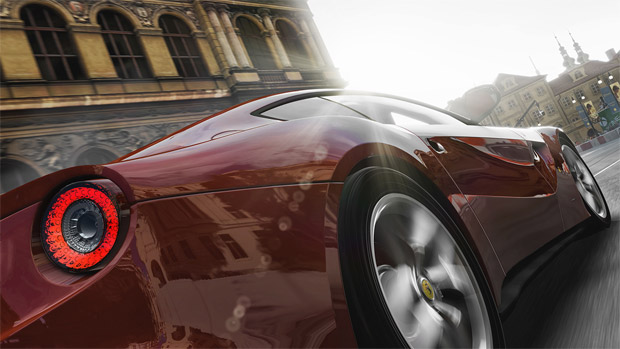 I still can’t believe ‘Drivatar’ is a word

Through its Drivatar tech, Forza Motorsport 5 will create an AI version of you that learns more about your playstyle and driving techniques as you continue to play the game. Other players can compete against this approximation when you’re away and although the concept isn’t wholly new, it’s still a neat alternative to more traditional computer-controlled opponents.

I had never really thought about how griefing would come into play with Drivatars, but clearly Turn 10 Studios has. “For people who just want to get online and grief people, if you were to turn around and drive against traffic the Drivatar would stop paying attention to that,” community manager Brian Ekberg told Siliconera. “It does not record that kind of griefing behavior. That’s how we get around that because we recognize that there are people that do that, people that like to get online and grief.”

And, if like me, you’re worried about how a few (okay, maybe more) botched runs might impact your online persona, Ekberg offered some reassurance. “As your skills improve, the Drivatar’s skills improve, as well. Inevitably the more you play the better you are going to get. It’s not like if you have a bum race here and there your Drivatar is going to be a terrible driver. It’s almost like a rubber band, your skills will stretch out, expand and contract as you go and so too will your Dirvatar’s ability.”