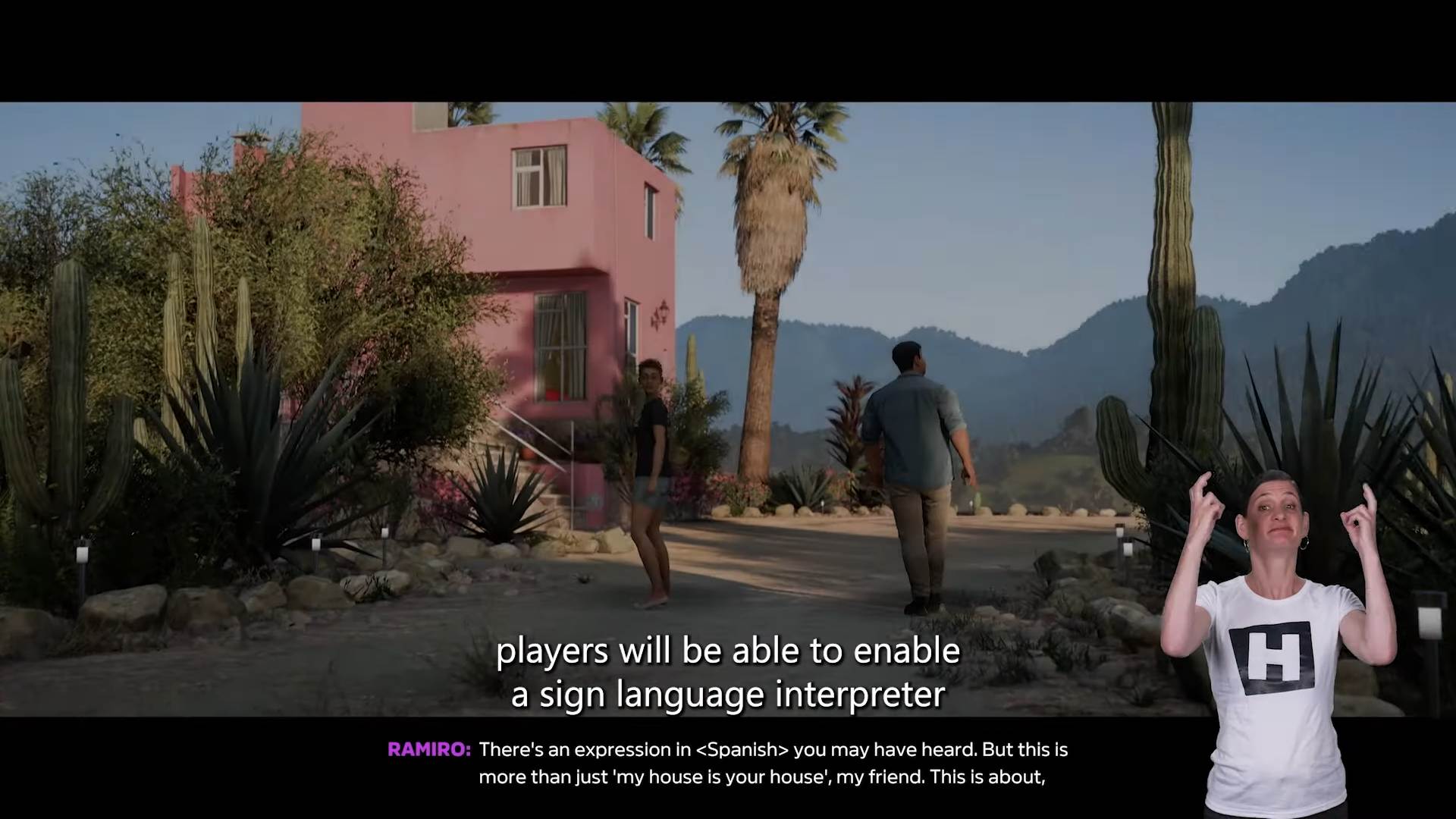 A neat accessibility option that will arrive after launch

Playground Games showed off the feature in a video, highlighting some of the accessibility features of its soon-to-be-fully-launched racing game. Skip ahead to just about the end of the video, and you’ll see how they put a picture-in-picture sign language interpreter alongside the cinematic and subtitles.

It’s a really neat addition to see for those who might need it, especially to get across the tone of the conversation at hand, as one ResetEra user pointed out, or in case reading at the speed of the subtitles is a little difficult. Having sign language in Forza Horizon 5 is a neat option for those who might want or need it to enjoy the street, track, and dirt racing-centered story a little more.

Playground is also implementing a bunch of other accessibility options, including Game Speed Modification, High Contract and Color Blindness modes, a screen reader narrator, and both text-to-speech and speech-to-text options for Voice Chat. There are also font size and style options for subtitles, and menu and gameplay font size adjusters too.

It’s a really cool thing to see, as other games have also endeavored to add more accessibility options, both at Xbox and other publishers. At the end of the day, it means more people playing and enjoying a game, and experiencing something cool together.

From the sounds of it, Forza Horizon 5 is pretty cool too. The new installment of the music festival-meets-street racing series heads off to Mexico, and our impressions seemed pretty positive on it. Forza Horizon 5 is out on Nov. 9, 2021 for Xbox One, Xbox Series X|S, and PC, though you can hop in early starting today if you pick up the higher-price version. It will also be on Game Pass at launch.