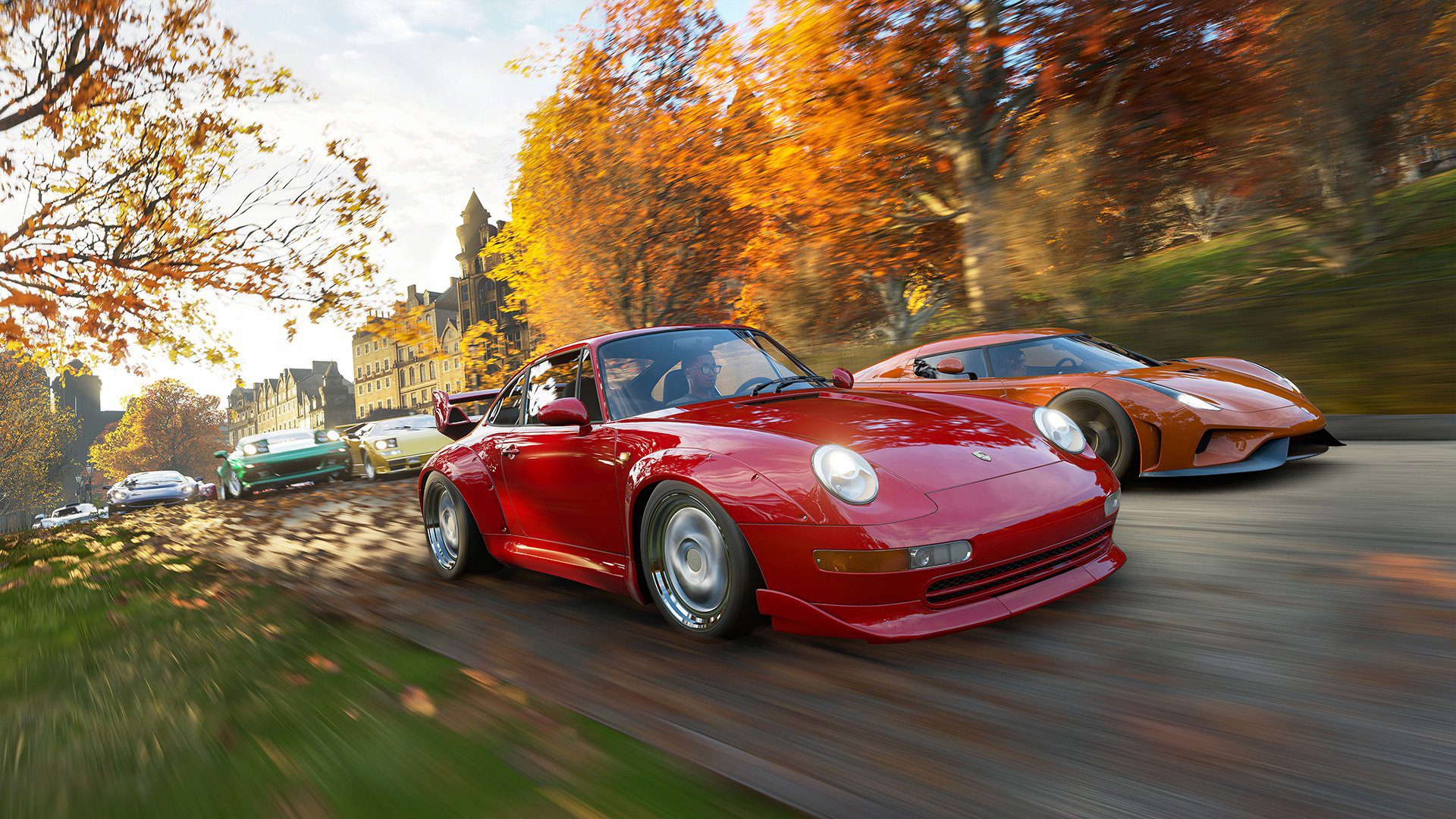 [Update: Forza Horizon 4 launched today on Steam and there’s a free car for all platforms. You can get the 2019 Porsche 911 GT3 RS if you sign into your Xbox profile before March 14 at 10:00 am Pacific.]

Playground Games’ crowd-favorite racing series Forza Horizon is coming to Steam. The studio is collaborating with Sumo Digital to bring the latest entry, Forza Horizon 4, to Steam on March 9, 2021.

If you’ve held off with the Windows 10 version, there you go. The Steam edition of Forza Horizon 4 will have cross-play, so Xbox One, Windows 10, and even Android players (using the cloud) can compete.

For those of you who don’t closely follow the series but might be inclined to change your ways with this news, Forza Horizon 4 is the one in Britain that leans into shifting seasons. As our dear friend Brett said in his review at the time, “winter can be a pain in the ass and not nearly as enjoyable as the other three seasons,” but it’s the “only season that feels truly unique and actually affects the way driving works.”

DLC like the Hot Wheels Legends Car Pack and expansions like Fortune Island and LEGO Speed Champions will be sold separately on Steam, but that’s business as usual. I wasn’t expecting otherwise.

Here are the PC system requirements if you need them.

It’s easy to underestimate Xbox Game Studios’ involvement with Steam without thinking about it, but when take stock on the XGS landing page, there are some fantastic games. The list keeps growing.