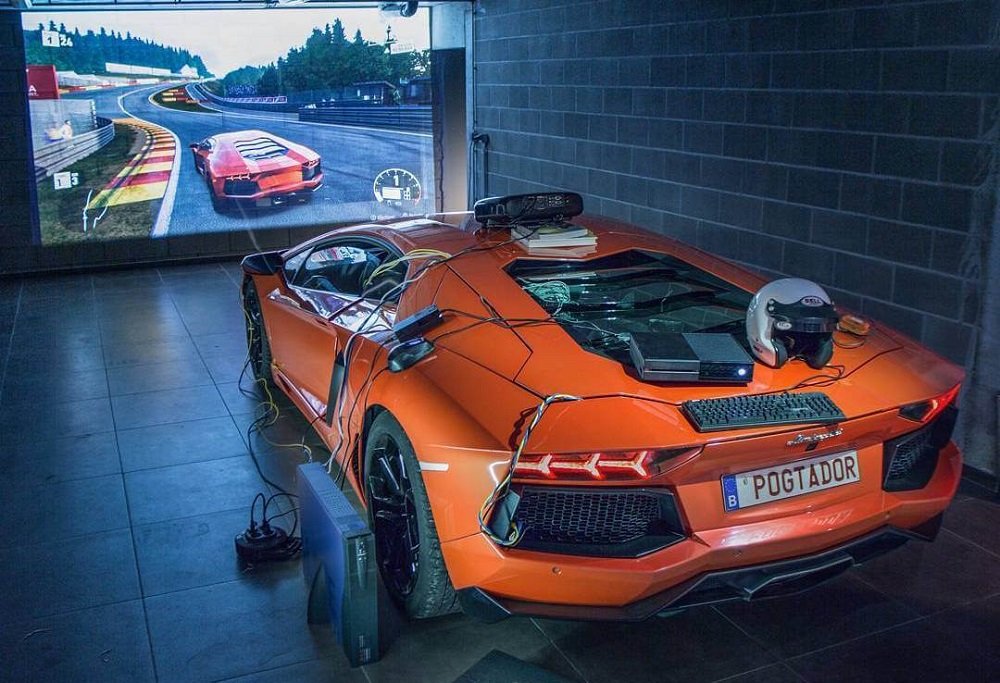 In the past I’ll admit to spending more than I probably should have on peripherals such as arcade sticks, Jamma boards and Neo-Geo MVS hardware But that buyer’s remorse I felt melts away upon hearing of this story from France, which takes gaming hardware to the next level of expenditure.

A French gamer/car enthusiast, known on social media simply as POG, has converted his Lamborghini Aventador to work as a controller for the Xbox One, with the express intention of using it to play the recently-released Forza Motorsport 7. By projecting the game onto his garage wall, POG is able to give himself the kind of racing experience money, apparently, can buy.

It’s a very neat little project, and the video itself is pretty amusing, even if I do feel completely on edge just watching him burn down the streets in his lovely-looking Ferrari. Call me old fashioned, but I’d probably stick with the Out Run mobile.