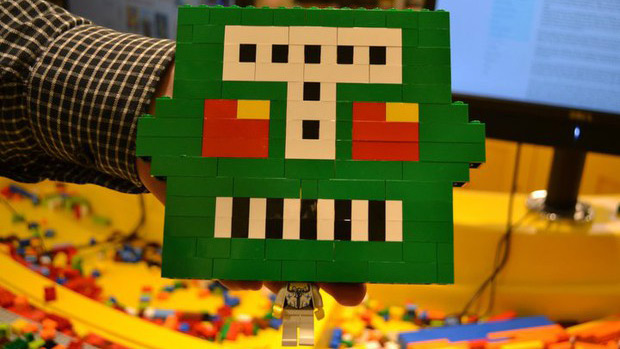 This month in Forums, we have them: Lots o’ new badges, lots o’ conventions/community meet-ups, and lots o’ discussion about eating ass. Also, I’m a month late writing this because I went on vacation after that I’ve been moving over the last couple weeks. Deal with it. The super-deformed LEGO Mr. Destructoid above is courtesy of Tarvu!

Since I’ve been super busy the last several weeks, I’ve been out of the loop on a lot of the spontaneous insanity that so often occurs on the Forums. So if you were to ask me why people were obsessed with Nic Cage or analingus, my only response would be to slowly shake my head and try not to weep.

Congratulations to djnealb on his engagment! One thing’s for sure, the playlist for their wedding should be pretty kick ass!

This is the original pic I’d planned on using for this month’s header, but it’s a bit too tall and its awesomeness would probably break the site and end life as we know it. Since I’d rather not toy with the original, behold The Bear King formally known as Aurain’s masterpiece! 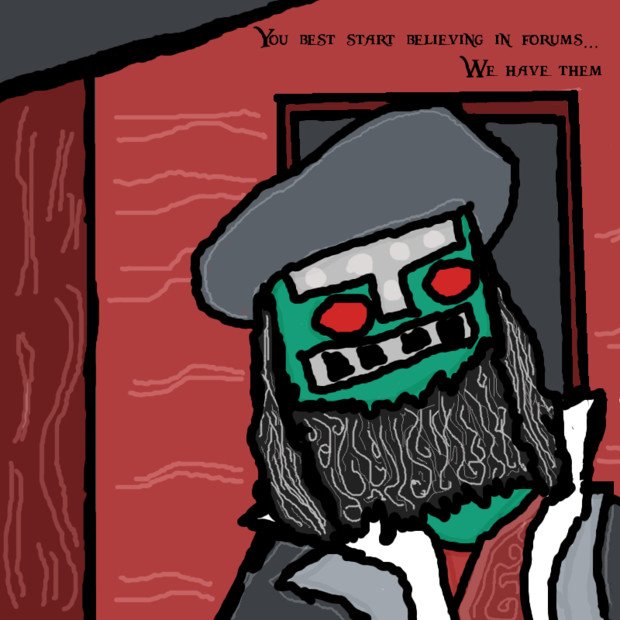 You might have already seen this on the front page, but AlphaDeus has been composing entire albums of original music inspired by the Destructoid community. Volume 1 has already been released, with Volume 2 and possibly a Volume 3 on the way. Be sure to check them out, the guy is extremely talented!

Just in case you forgot, we do actually talk about games on the Forums from time to time! Shinobi13 is challenging himself to complete 32 id software games in the 30 days before Rage is released, Lou Chou wants to know which games are best for coping with a break up, you can vent your anger in the Mega Man Legends 3 Nerd Rage thread, Christian Taylor wants suggestions for a video game-themed name for his future child, share your greatest disappointments in the What game do you regret buying thread, discuss which game/non-game crossover you’d like to see made reality, and finally the female Shepard model from Mass Effect apparently was a big deal.

BADGES! Four new ones this month, three from community-driven features and the fourth OMG just announced right here folks involves getting a photo of you wearing the Mr. Destructoid helmet. I hear the inside of it smells like ozone and whiskey.

– Be the subject of a C-Blog Interview.

– Assume the identity of Mr. Destructoid!

As always, if you’ve earned one of these or any other badges, post your proof in the Badge Request thread!

The I’m a Badass/Wiener Because… thread lets you simultaneously share your proudest and most shameful attributes. I’ve got plenty of both, so it’s hard to narrow it down.

The Plot Hole Thread was a good idea unfortunately hampered by the community’s aversion to spoilers, so I went ahead and found a solution! We now have a spoiler BBcode tag on the Forums, so you don’t have to feel like a dick and ruin surprises for other Dtoiders. Try it out! See what you get!

Jon Bloodspray got himself a pimp-ass custom Mr. Destructoid satchel, and my jealously knows no limits. Just to rub it in, Mr. Gobbldigook got one too. If I didn’t like them both so much I’d hate them.

Speaking of Mr. Gobbldigook, he’s proposed creating a t-shirt design that perfectly encapsulates the Forums. Have some ideas of your own? Be sure and share them with the rest of the class!

Septembeard is upon us once again, and this year the turnout seems to be much larger! Come gawk at your favorite rugged Dtoiders transitioning over 31 days from baby-faced to mountain men, including yours truly!

Aurain/The Bear King and ZombiePlatypus’s transcontinental bromance continues, resulting in the “NO PLEASE <3” mini-meme along with this adorable picture by ZP: 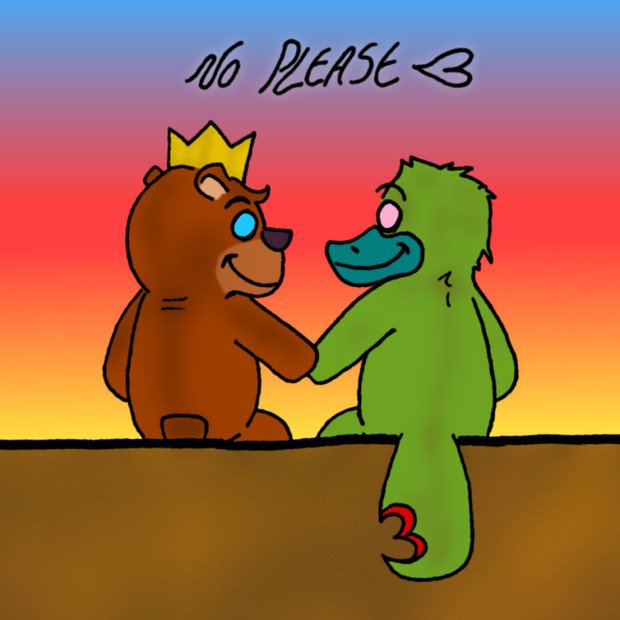 Gamescom 2011 has come and gone, but fellow Admin and my Internet BFF Zodiac Eclipse’s awesome handmade Plushtoid was all over the place! More pics can be found here.

I’ve heard that PAX is kind of a big deal for Dtoiders. I wouldn’t know, I’ve been too damn busy and poor to go so far. One thing I have learned is to keep my smokes away from Max Scoville, lest I suffer the same fate as Gobun. While you’re there making fun of Max for being a mooch, be sure to also take the time to discuss all the awesome things about him too! Also, Dtoider Glitchy was chosen as an Omeganaut this year! Since I haven’t had a chance to follow up and the Googles do nothing, someone fill me in: How’d she do?

Later this month we have the Eurogamer Expo, which I’m told is kind of like the PAX East for Europe. Rumor has it there will be a shiny new Forum badge in it for those attending!

Dtoid North East is holding another Funspot meet-up. If you’re not familiar with Funspot, it’s a MASSIVE arcade that’s sort of a Mecca for retrogamers. You’ve probably seen it featured in The King of Kong. After gorging on classic arcade games, the party moves over to Senisan’s place!

Finally, MAGFest 2012 is only a few months away so start your planning now! Sounds like they’ve outgrown their previous venue, so you might want to get your tickets early for next year.

Super Huge Mega Thanks: Jet are in order to Zodiac and Ali D for holding the fort down while I was gone, and to LawofThermalDynamics for featuring me in a C-Blog Interview! And as always, thanks to everyone who helped out with their suggestions for this edition of FWHT. Be sure to tune in next month when Zodiac reveals the secrets of immortality plus a bitchin’ recipe for snickerdoodles. The two may or may not be related.