This month in Forums, we have them: everyone on the Forum Team got to go to PAX but me, I passive-aggressively whine about this a lot, Dtoid Midwest had an epic NARP, three-quarters of the Dtoid community is now on a podcast, a whole bunch of new badges happened, and I ignore the fact that FWHT was skipped last month.

So yeah, you’ve probably noticed that the Forums are looking a bit rough at the moment. Due to events probably tied to pillaging vikings and/or global warming, we’ve had to suffer through a bit of a downgrade for the time being  A few long-running threads unfortunately were lost in the chaos, but have since been reborn. The original Bar thread had to be temporarily locked down because it was sort of killing the server with its immense girth, but The Bar: The Next Generation has taken its place. Don’t worry, the old Bar is safe and sound, and we’ll merge them together at a later date. Once the site upgrades are completed, the Forums should be back in shape and looking even sexier than usual. Until then, please bear with us!

Apparently some gaming web comic I’ve never heard of has an annual convention every year, and a bunch of Dtoiders decided to show up to class up the joint. I would have been there, but I had more important things to do. Like cry myself to sleep the last few nights.

The Septembeard challenge is currently underway! I would have participated, but I’m allergic to shaving. Come and gawk as Dtoiders compete to see who can grow the manliest beard in 31 days!

Hey, you know what PAX didn’t have? Rollercoasters! And that’s why the 2010 Dtoid Midwest NARP/Cedar Point trip was way more awesome. As you can see from the pictures, it had everything you could possibly want: amusement parks, brofists, alcohol, a cake shaped like a robot head, implied sodomy, and vomiting. Dtoid New England also arranged a NARP at the legendary Funspot Arcade. No word if they got to see a Donkey Kong kill screen. I couldn’t go to either of those, while IcarusKills apparently has all the free time in the world and access to teleporter technology. If you’d like to find out about more opportunities to get together and abuse your liver with other Dtoiders (like the Anamanaguhi concert in Philly this Friday!), be sure to visit the Community Meet Up section!

The Persona 3 Portable thread has been rechristened The Barsona to more accurately reflect its purpose: the place to be if you want to spend all your time talking about anything Persona-related. And lo and behold, lots of people do.

Congrats to Jay Hitcher on reaching 10,000 posts, and good luck to him while he goes away to school to get him some learnin’.

My God you people love to hear yourselves talk. The last couple of months have seen even more community members start their own podcasts, including yours truly. If you’re looking for a science and technology podcast named after the penis of a mechanical automaton, Robochode is your best bet. The Destructoid Communicast features a rotating cast of community members, talking about the community and stuff. Let them know if you’d like to take part! 2sexy4PAXcast was created by a group of Dtoiders who decided they were apparently too sexy for PAX (I wasn’t asked to be on). They enjoyed themselves so much they decided to make it a regular thing, and will soon be known as Alcoholcast. Yeah, there’s a spiritual successor of Drunkcast thing happening there. Let’s Hope There’s A Heaven is a new movie-discussion podcast, and their first episode should be online by the time you read this. JT IceFire is hosting a weekly internet radio show featuring chiptunes and video game covers, check out WNES on All Noise Radio for more info! Finally, the most entertaining and best new podcast you should subscribe to this month is Airport Road: The Podcast. Featuring your 17th favorite group of internet filmmakers, Ben, Rob, myself, and a rotating cast of our friends discuss a new geek/pop culture topic every week.

ClownBaby made a picture. This picture made me laugh. 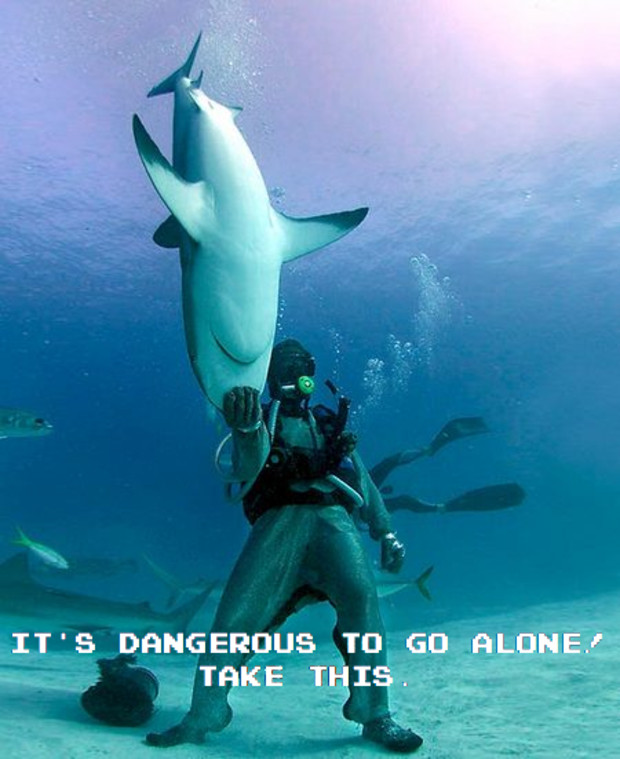 A Dtoid Forums Dwarf Fortress succession game has been proposed, if you’re interested in joining give it a look! Hopefully OP Quantum Zombie decides to show back up so we can get this rolling!

With the release of the game and the movie last month, Scott Pilgrim mania is reaching an all-time high. You’d think people would be sick of talking about it by now, but it seems there’s quite a few who aren’t through yet.

New badges time! We decided to lift the 10-episode requirement for podcasts to get their own badge, so that makes up the bulk of the additions this month. If you’ve got a podcast that still needs a badge, please get in touch with Zodiac or myself with the artwork and we’ll take care of you. Not to be overlooked is the first non-PAX-related and non-US based convention badge, awarded to attendees of GamesCom. Congrats to the Euro-Dtoiders who made it out there, as well as to Hollie and her crew for all the amazing coverage they provided!

Because remembering things is hard, I’ve set up a Forums, We Have Them Suggestion thread for the community to repost any noteworthy events/new memes/embarrassing pictures that show up each month on the Forums. This will not only make the monthly recaps much easier for Zodiac and myself, but will give users a chance to attention whore themselves in the hope of getting a mention on the front page. Please, like it wasn’t completely obvious what some of you were doing. Thanks to everyone who contributed for this month, and please keep the suggestions coming whenever you see something amazing!

There’s a ton of other things I haven’t had a chance to mention, but I think I’ve bored you people enough for one month and I should have gone to sleep three hours ago. Thanks as always to Hamza, Ali D, IcarusKills, and Zodiac Eclipse for helping me run this monkey farm each month Frankenstein, even though at the moment I hate them all because I couldn’t be in that photo. If you’re currently shaking your fist in anger over something I’ve neglected, be sure to mention it in the comments below!