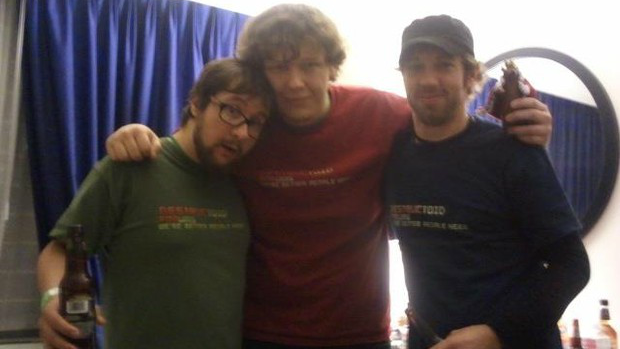 Pictured from left to right: John Hodgman, the Sixth Doctor, and Steve-Dave.

Oh hi! Welcome to the February edition of Forums, we have them, the sort-of-monthly post in which we remind you that we have Forums. Just so you know: We have Forums. Oh, the Forums we have!

It’s a new year, and that means it’s time once again to start obsessively tracking the media you consume! Digtastik has vidja games covered with the 2012 Completed Games Thread and Gatsby is taking care of pretty much everything else with 2012: The Year We Complete Books, Movies, and TV Shows.

Although Valentine’s Day has already come and gone, Beardedmick has some Sexy Ass Nerd Valentines That Will Get You Laid to save for 2013. Getting laid not guaranteed in some states.

MAGFest X happened, and once again I was prevented from attending by a shadowy conspiracy mostly consisting of me not having enough money. My brother did go, and as instructed he implanted post-hypnotic suggestions in several of you before erasing all memory of the encounter. Don’t even try to recall it, your minds will burn.

Starkey has offered to hold a FebruaryNARP in the very near future, but so far not a lot of people have been able to make the planned date. Are you a bad enough dude to attend FebruaryNARP? Let Starkey know before it’s too late!

Dexter345 is planning on going to the Phoenix Vul-Con board game convention, and wants to know if any other Dtoiders will be there. I’d just like to state that I was extremely disappointed to discover that Phoenix Vul-Con is not the name of a transformer that turns into an anatomical model of lady parts.

Zodiac celebrated her two-year MODirversary. Pay homage to her greatness!

Gobun wants you to dump your doodles. Not that there’s anything wrong with that.

In a fit of destructive rage befitting the Hulk, Beccy Caine single-handedly destroyed The Bar and severely crippled the Forums for days. Since science has yet to find a way of stopping her mindless rampages, we’ve been hereby forced to limit threads to 1,000 pages and have granted Beccy the honorific “Barslayer” to forever remind us all of that dark, dark day. So far The Bar: Part 2, Who the hell are you?! 2.0, and Random Word Association Part 2 have arisen to assume the mantle of their ancestors. Dito perfectly summed things up with the following image: 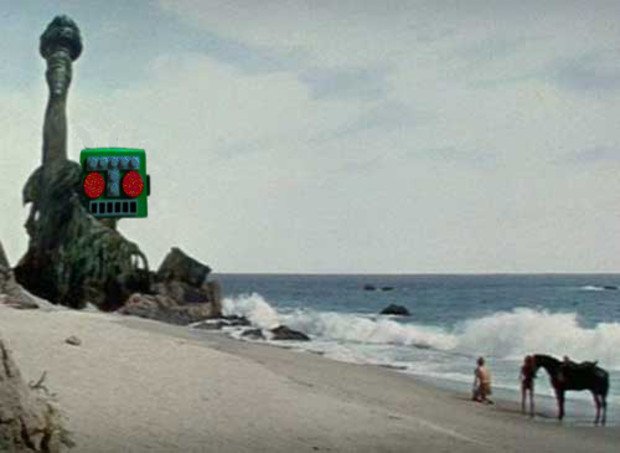 Grunchk1n asks you to share the stuff that makes you go DO WANT!!!

Werewolf is still going strong on the Forums, with Game 6 currently recruiting players. Thanks to Dexter345, Aurain, and Clownbaby for running games thus far!

GlowBear recently stumbled upon the mysterious Doomsday Chimes. Have a theory on what they may portend? Be sure to share! Although the correct answer is it heralds the return of Quetzalcoatl, who will devour the world and usher in the sixth age of man.

If someone frequently refers to you as “Mommy” or “Daddy” outside of sexual roleplaying, PappaDukes has created the Parenting 101 thread to ask questions and offer advice about raising a mini-you.

That’s all I’m legally obligated to write this month. Thanks to everyone who contributed in the Forums, We Have Them Suggestions Thread! Stay tuned next time when Zodiac will teach you how to make a +3 Cloak of Fire Protection out of common household items such as asbestos and dragon skin. And for those of you who went to MAGfest and don’t remember meeting my brother, you should feel an overwhelming compulsion to send me envelopes full of cash right about… now.