Welcome friends. This month I’ll be taking you by the hand and showing you the wonders of the forums, or at least giving you a quick rundown of all the crazy stuff that goes on there. Sit back and relax as we view some new threads, old threads, and bring in the holidays with general ass-hattery.

With the year quickly coming to an end now is the time to claim your Game Master badge. Just head to the 2011 Completed Games Thread and put down 25 games that you’ve completed this year to earn the badge.

Didn’t quite make it this year? Videogames not really your thing? Stop by the Completed Books, Movies and TV Shows thread instead and show off how busy you’ve been.

Speaking of being busy, the forums have been kind of quiet this month as everyone except me and Tarvu has been playing Skyrim and other new games. Must be nice to have disposable income. Me, I’ve been running around Oblivion pretending to spot dragons and digging the Star Wars: The Old Republic Beta.

If you’ve been lost in the world of the Elder Scrolls and want to discuss your experience with other like-minded individuals then by all means, stop by the official Skyrim thread and join in the conversation.

Of course not everyone has been playing Skyrim, some people are digging the new Zelda game over in the Skyward Sword thread. You can also catch up on some Saints Row: The Third action.

What’s the matter buttercup? Did I not mention a game you’re into? Well turn that frown upside down and visit our Official Games Section to find a thread on the game you’ve been playing this month or maybe just one you are looking forward to playing.

So Thanksgiving is a thing that happened here in the states and that means we’ve been unusually preoccupied with food this month, to the point of it getting its own thread.

All that food can’t be good for us, so luckily we have the Gym to help us get fit again. The new Gym badge is still in the works, but in the meantime you can join the dtoid Fitocracy group and look like some of our other satisfied clients.

If you’re in the mood to exercise your brain instead, check out the thread on SOPA and fire off your opinion on handing over your internet rights to the man. 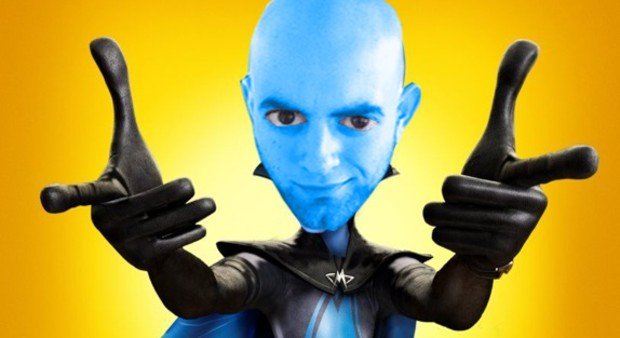 Maybe you think SOPA isn’t such a big deal because you’ve got more pressing concerns, like that hangnail you just discovered. Time to go and share your First World Problems with the rest of the internet.

Finally, not everyone has been busy feasting on turkey this month, instead Dtoid Europe has started a new thread where they can plan their wild antics and unite with their new community peeps. Apparently there is a upcoming NARP in the works so swing by and get the 411 on that if you live in the area.

MAGfest is coming, are you ready? Come by the forums and let the gang know so you can be part of the Dtoid fun. Remember there ain’t no party like a Dtoid party.

That’s about all the updates I have for this month. We’re still working to change the art on a few badges and I’ll be sure to let you guys know when that goes down. Otherwise business as usual and the mods and I wish you a Happy Holiday Season, unless you don’t celebrate any holidays in which case, you have a great day bro.

Tune in next month when we’ll all say things we regret and Ali D and Andy will fight to the death over my motherly affections.