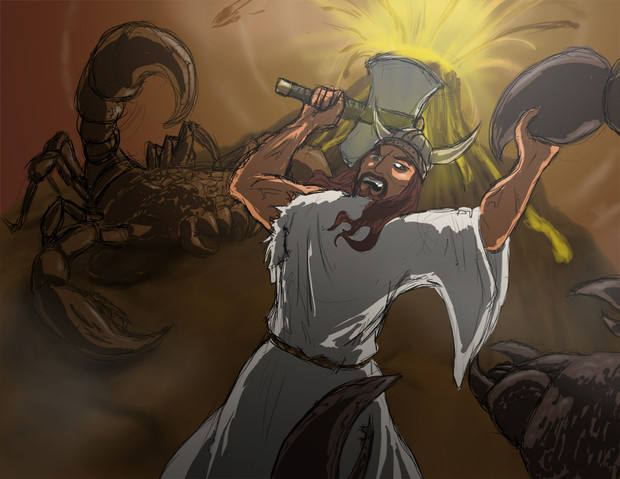 Well, this time last month I honestly didn’t expect I’d be making one of these posts. For those of you who still haven’t heard, Technophile has parted our fair forums for a new gig and the Jedi Council decreed that continuing on as admin of the Destructoid Forums could be a conflict of interest that would eventually lead to the Dark Side. Faced with this difficult moral dilemma, Techno gazed into the twin suns of his desert homeworld while the music of John Williams and the London Symphony Orchestra crescendoed, and reluctantly headed off on his new adventure. Actually he’s still hanging around the Forums as a regular community member, but it sounds way more romantic this way.

For some reason I was picked to replace him. Go figure.

To say this past month has been a bit hectic is like saying Modern Warfare 2 was a moderate success. Techno and Hamza have been very generous answering my numerous questions, and frankly if it wasn’t for MOMerator Zodiac Eclipse being awesome as always, I probably would be a sobbing, gibbering shell of a man right now. Currently I have that breakdown planned for this June. I’d also like to sincerely thank everyone on the Forums who took the time to offer their assistance and experience during the transition period, and those who have been extremely patient and supportive while I try to figure out what the hell I’m doing.

So what’s new with the Forums? Well, soon after I took over we had the four year anniversary. The resulting community love fest brought a lot of long-time lurkers out of the woodwork, so there’s been quite a few new faces around. Most of them even hung around for more than 10 posts! Of course, it wouldn’t be a proper anniversary without a brand new Forum badge!

This one is a bit different from last year; you won’t automatically earn it just for being online on the 16th. The waxing nostalgic can be done in the Destructoid Memories thread. The badge can be earned until 4-16-10, so those who haven’t earned it yet still have time. Hop on over to the thread, read what other Dtoiders have shared, and post some of your own favorite memories!

The Bar hit 3,000 pages, and this happened. I really have nothing more to add to this, other than the fact I’m really annoyed I missed it by only 2 pages.

Due to some confusion over what is and isn’t appropriate to post or link to on the Forums, we’ve written up some Image Posting/Linking Guidelines. Hopefully this will give everyone a better idea of where exactly the line is when sharing your filthy smut with each other.

Hey, see that awesome picture at the top of this post? The one featuring Viking Jesus fighting giant scorpions with a battle axe on the slope of an erupting volcano? That’s courtesy of Manic Maverick, who created a thread to draw whatever forum users request. Shortly afterward, Maxpower made the same generous offer to the community. And with the release of WarioWare: DIY, SenorDoucheoisie has been creating microgames based on concepts from Dtoiders. All three of these guys deserve special recognition for their amazing creative contributions!

PAX East finally arrived, and with it comes another badge:

If you went to PAX East and still haven’t received your Forum badge, PM me or post in the Badge Request thread with evidence. If you managed to avoid having any pictures taken of yourself during the trip, you can always snap a photo of your PAX East ID and user name and I’ll accept that as proof. I will also flag you as “Suspected Vampire” in my private excel file.

Had enough of the new badges yet? Wait, there’s one more!

– Have been credited at least 5 times for tips on a front page article.

The Tipster Badge is one that people have requested for a while. To earn it, send me links to at least 5 front page articles that credited you for a tip. I will also count credited tips to Japanator and Tomopop towards this total. So far nobody has earned this badge; it looks like it might be a rare one. If you deserve it, hit Google and dig up the proof for me!

Zodiac was kind enough to reorganize the entire Badge List. For those of you who are wondering how exactly to earn a particular badge, there’s your answer! We’re also always interested in hearing your suggestions for new badges, which can be shared in the Badge Ideas thread.

Late in the month we received an Emergency Transmission from someone purporting to be Technophile, but it was really Mikey pretending to be Technophile in order to recruit an elite squad of Forum members for use in a future issue of the Destructoid Comic. The responses were quite entertaining to read. Oh, and spoilers.

In order to lighten some of the crushing burden of forum management from Zodiac and myself, IcarusKills has been promoted to moderator! Some of you may have already met him at PAX East, and the stories I heard from other Dtoiders strongly reinforced my belief that he was a great choice for the job. Be sure to tell him grats, and go easy on him while he’s still learning the ropes!

Finally, April Fool’s Day brought the Premiumtoid exclusive membership program designed to improve the forums and make the mods rich beyond our wildest dreams. Sadly things didn’t quite work out that way, but c’est la vie.

Tune in next month when we find out about how Techno awkwardly made out with his twin sister, and I continue my downward spiral into madness!