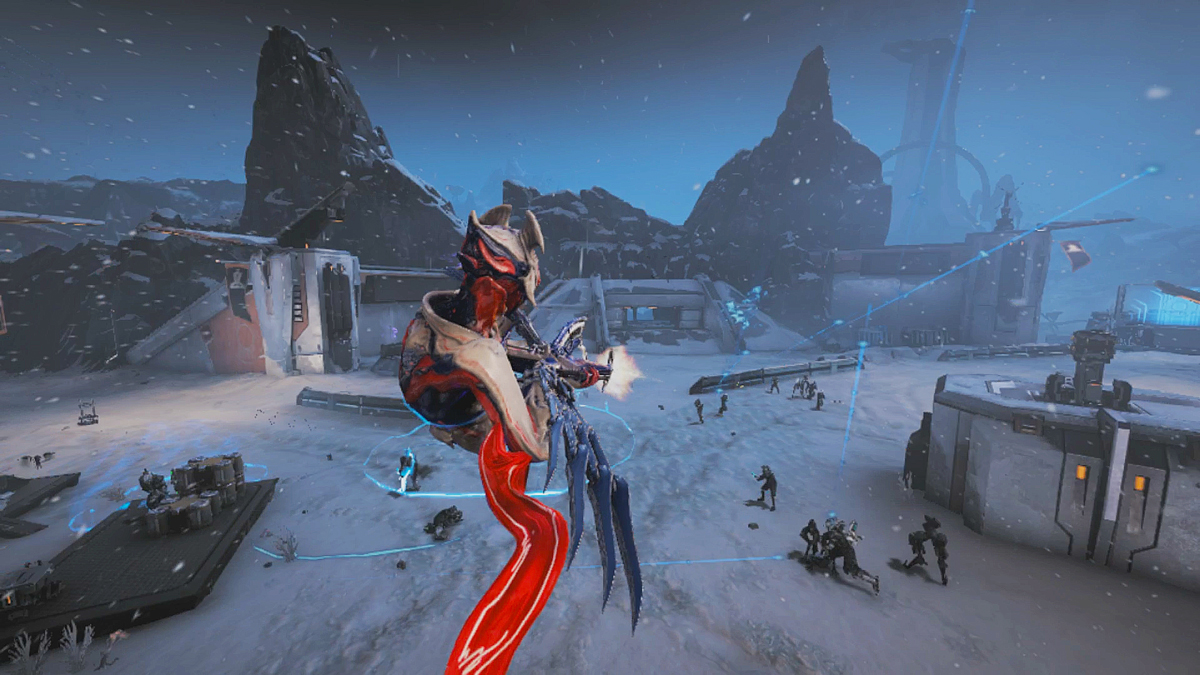 Console parity is closer than ever

Free-to-play co-op shooter Warframe has been a big success on the Switch. More than one million people have downloaded the game and developers Digital Extremes and Panic Button have been making improvements and updates to it since launch. Today, Switch players will get access to the biggest update yet when they download the Fortuna expansion.

Fortuna, a massive, frozen open-world, will introduce unique new environments, missions, and alien species to the Warframe experience. It also introduces the new Garuda Warframe, which I personally can’t wait to add to my repertoire. Players should know this update is a remaster update, so it will require a full redownload of Warframe. The update will clear out some older assets and the file size after download will be roughly 13.5 GB, which is only slightly bigger than its current size.

Fortuna launched on PC this past November and on PlayStation 4 and Xbox One just a month later. With its debut on Switch, the console editions of Warframe are one step closer to parity, which Panic Button and Digital Extremes have said will happen in 2019.