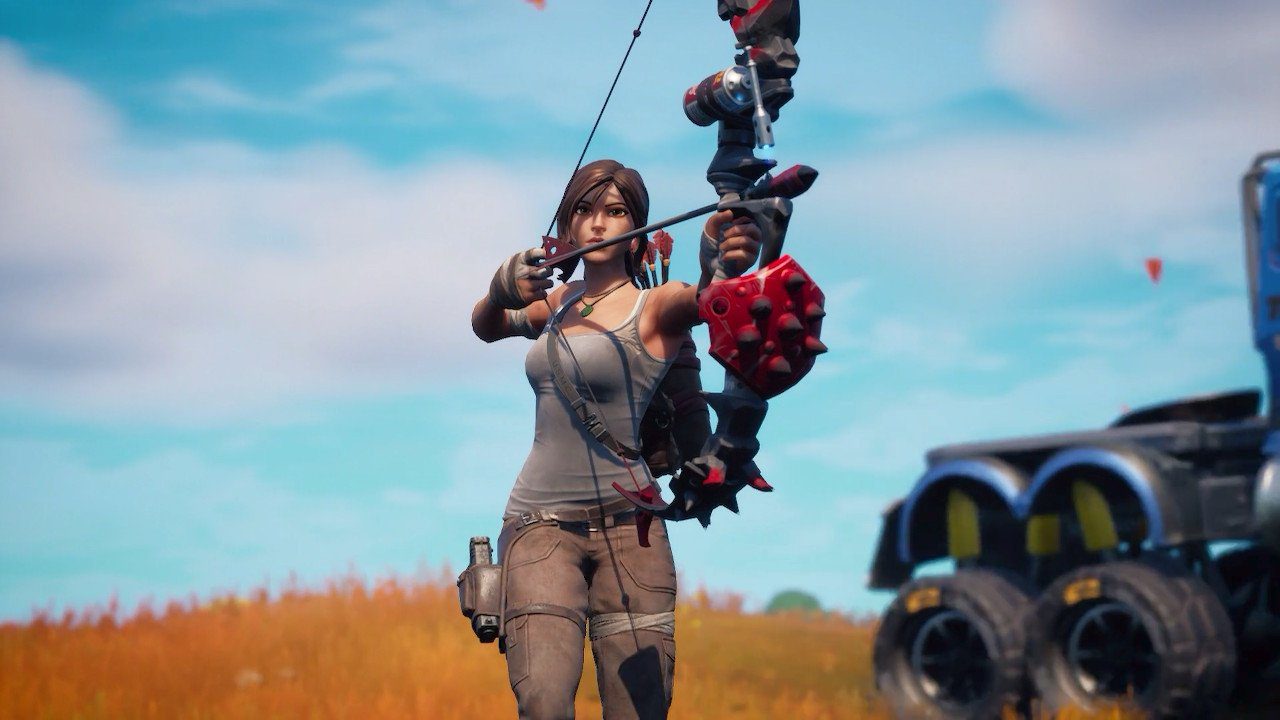 Leaving the hunters and The Mandalorian in the dust, this new offering, dubbed “Primal,” will feature none other than Lara Croft, a character that was heavily rumored to appear in the prior season.

“Primal” is more than just a name, as the new map is decidedly more wild, with crafting mechanics, a heavy focus on bows, and animals dotting the map.

Here’s the cinematic that plays right after you log in.

Following that clip, you’ll gain control of several characters from the prior season pass storyline, as well as Lara Croft. The mission is single-player in nature and is roughly 10 minutes long, including cutscenes.

Alternatively, you can just watch the entire thing here.

From there, the new season pass video will play in-game, showcasing the “Primal” theme and the new autumn-like map changes: most of which are centrally located. There’s a weapon shakeup, as well as animals on the map.

Then you’re good to go! You can jump into whatever mode you deem fit, as well as tackle the really easy legendary questline this week: “craft items.”

Here is the gist of the season pass, above, which is focused on Agent Jones, as well as Crystal Dynamics’ Lara Croft and DC’s Rebirth Raven, amid original creations. Agent Jones is the level one unlock, though, and one of the stars of the pass.

I was worried that Epic wouldn’t be able to top the last season pass, but this one is good enough for me. I still hold water for Lara Croft and although a few of the other characters aren’t anything to write home about, it’s enough to fuel me to finish the season.

Filed under... #Epic Games#Fortnite#PC#PS4#shooters#Switch#Xbox One