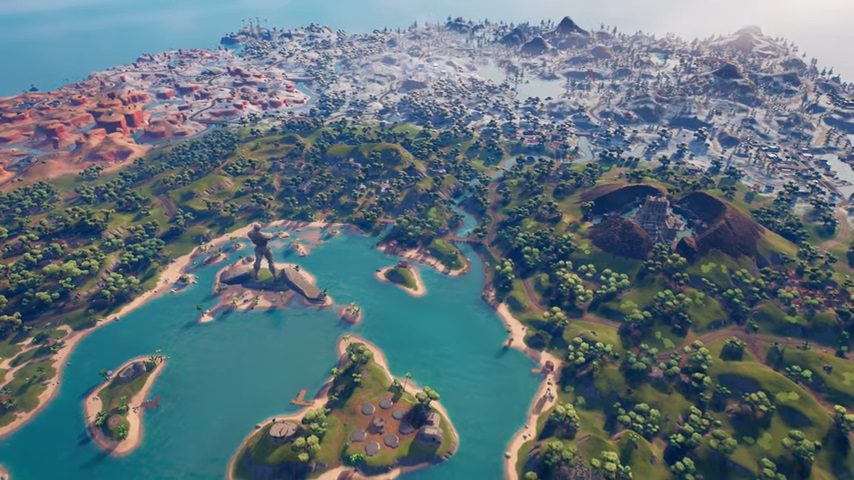 The Daily Bugle is on the map, too

It’s not just a new season for Fortnite, it’s a new chapter. That means a completely new island (not just tweaks), and more drastic changes than a seasonal shift. And Fortnite’s new season (Chapter 3 Season 1) is being titled “Flipped” to convey all of these changes.

Named after the event yesterday that flipped the entire island, the most obvious focus this time is Spider-Man, who is the golden goose of the season pass. It also has several new characters as well, in what seems to be the traditional season pass format. Gears of War will make an appearance at some point in the next few months.

But the biggest alterations for Fortnite’s new season are tied to the map and weapon sets. For the latter, the ranger assault rifle, MK-Seven rifle, striker pump shotgun, auto shotgun, stinger SMG, sidearm pistol, and hunter bolt-action sniper are in.

In terms of the map, it’s divided into several biomes: lush, desert, and snow. It’s a little on par with some of the previous ones, but now it’s littered with new locations like outposts, a miniature city (Sanctuary, home of the “Seven”), and the Daily Bugle of Spider-Man fame. The game is also adding a super slide mechanic and web swinging through web shooters coming on December 11.

The season is expected to open up today around 10AM ET, earlier than some predicted. Leaks report that the season will end on March 29.