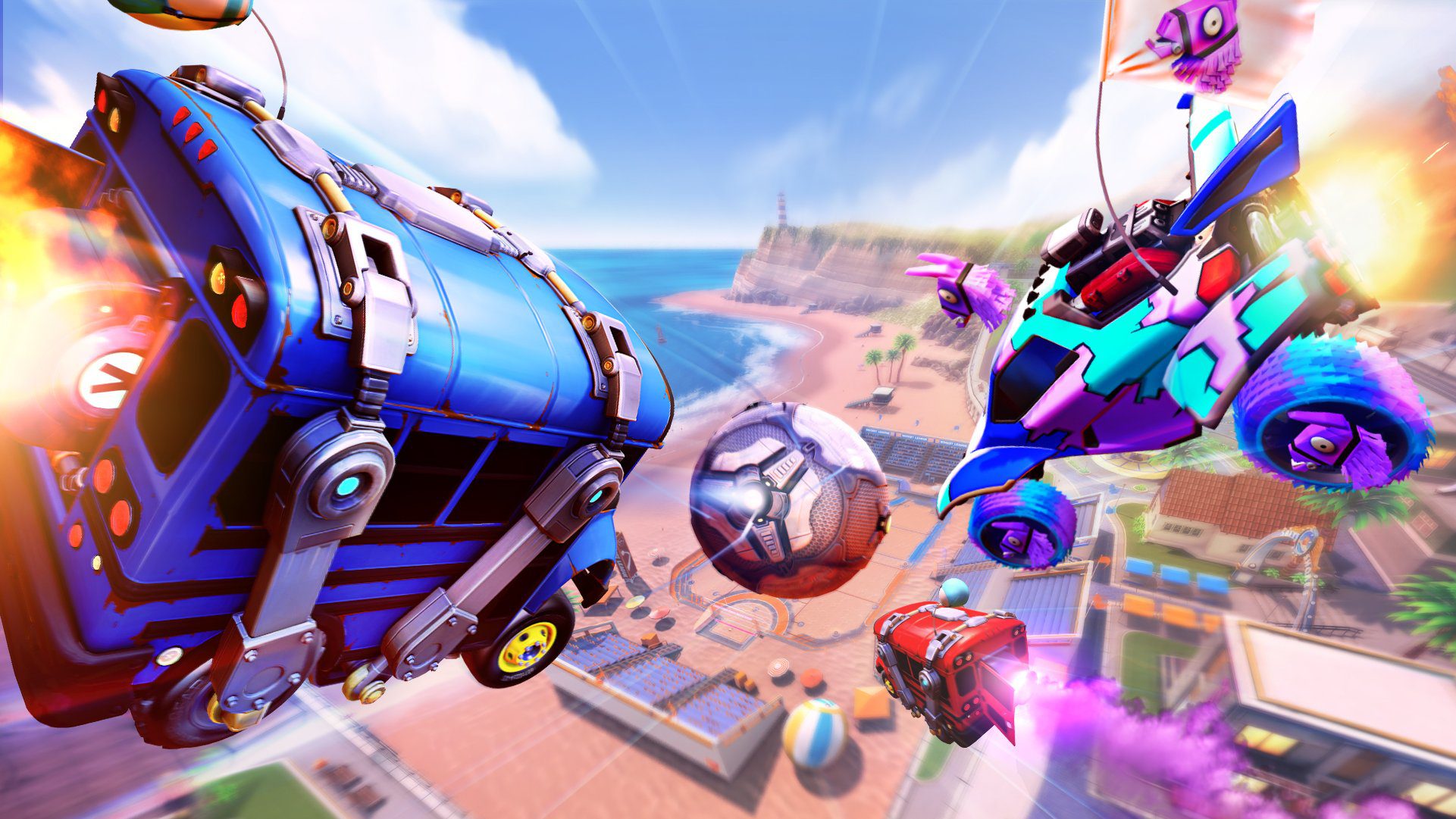 Gonna be a lot of new players on that bus

I’m almost a little ashamed to admit this but among my many predictions for Rocket League after the Epic acquisition, it never crossed my mind that Fortnite‘s Battle Bus would become a playable vehicle. There’s exactly one iconic vehicle in all of Fortnite and it soars high above the clouds. Rocket League is all about cars doing cool shit in the air. This should’ve been obvious.

Next weekend, the Battle Bus joins the Rocket League roster. It’s the final reward as part of the Rocket League free-to-play inaugural Llama-Rama event. Psyonix has never given a new car body away as part of an in-game event, so this is about the most significant one of these has ever been. Usually it’s stacks of event currency that can be traded for some limited cosmetics.

Llama-Rama is also the most involved a Rocket League event has ever been. Progressing through it requires completing (reasonably easy) tasks to earn rewards and unlock new tasks. It’s not just confined to Rocket League either. Completing challenges in Rocket League will unlock rewards in both Rocket League and Fortnite.

Here’s the full breakdown of challenges and rewards:

There’s plenty of time to work your way through Llama-Rama. Free-to-play goes live September 23 (tomorrow!), Llama-Rama starts on September 26, and the event ends on October 12.