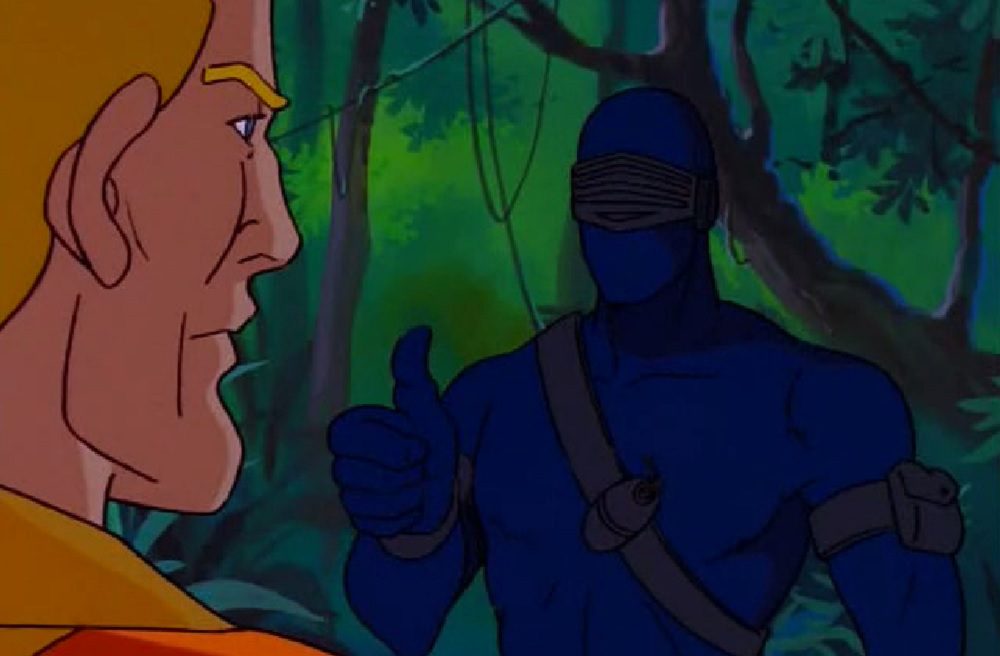 Epic Games’ Fortnite – which is certainly going into overdrive when it comes to pop culture crossovers – seems to be teasing the next franchise headed to the popular battle royale title. And it appears to be none other than ’80s toy-line/TV series G.I. Joe: A Real American Hero.

Fortnite’s official Twitter has posted a new video featuring radio intel from Agent Jonesy, where the hero teases the arrival of some new heroes. The message not only makes reference to the incoming characters’ “laser guns” and “cool codenames”, but tellingly signs off with the iconic catchphrase “And knowing is half the battle”, which you all no doubt will recognize as the catchphrase from G.I. Joe’s notorious public service announcements.

In particular, Jonesy references an agent that players “will never hear coming”, which sounds a hell of a lot like G.I. Joe’s resident ninja master, Snake Eyes. The G.I. Joe brand is pretty much a perfect fit for the world of Fortnite, so now it’s just a case of waiting to see which characters make the cut. Of course, if Duke, The Baroness, and Cobra Commander aren’t part of the entourage, then I’ll be very surprised.