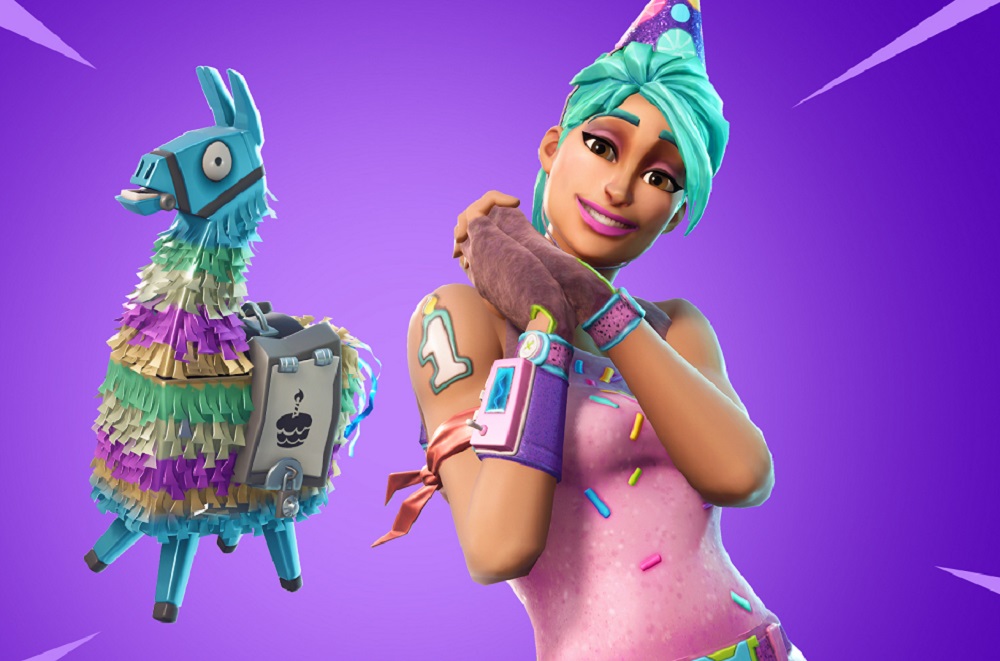 Remember when it didn’t have Battle Royale?

Believe it or not, tomorrow is a whole year since the release of Epic Games’ world-dominating shooter Fortnite. Yes, its been twelve months since the game that has taken pop culture by storm launched as a paid Early Access title, before idly borrowing an idea from another game, then conquering the planet.

As part of its birthday celebrations, Fortnite will be bringing back its popular Playground Mode from last month. This mode gives small groups of players a private map, a wealth of resources, and an entire hour to construct the coolest and most inventive base of operations that they can conjure up in their energy-drink-addled minds.

Alongside the return of Playground Mode, several other fun features will be arriving in-game tomorrow, including a new weapon – the Compact SMG – and a new quest in Save the World mode, which will unlock special loot, birthday cake and the super-cute Birthday Brigade Ramirez skin. Oh and a Birthday Llama.

Congratulations to Epic Games and Fortnite on one year of frankly staggering success. Save me a slice of cake, unless you use hard frosting, that’s the stuff of the devil.