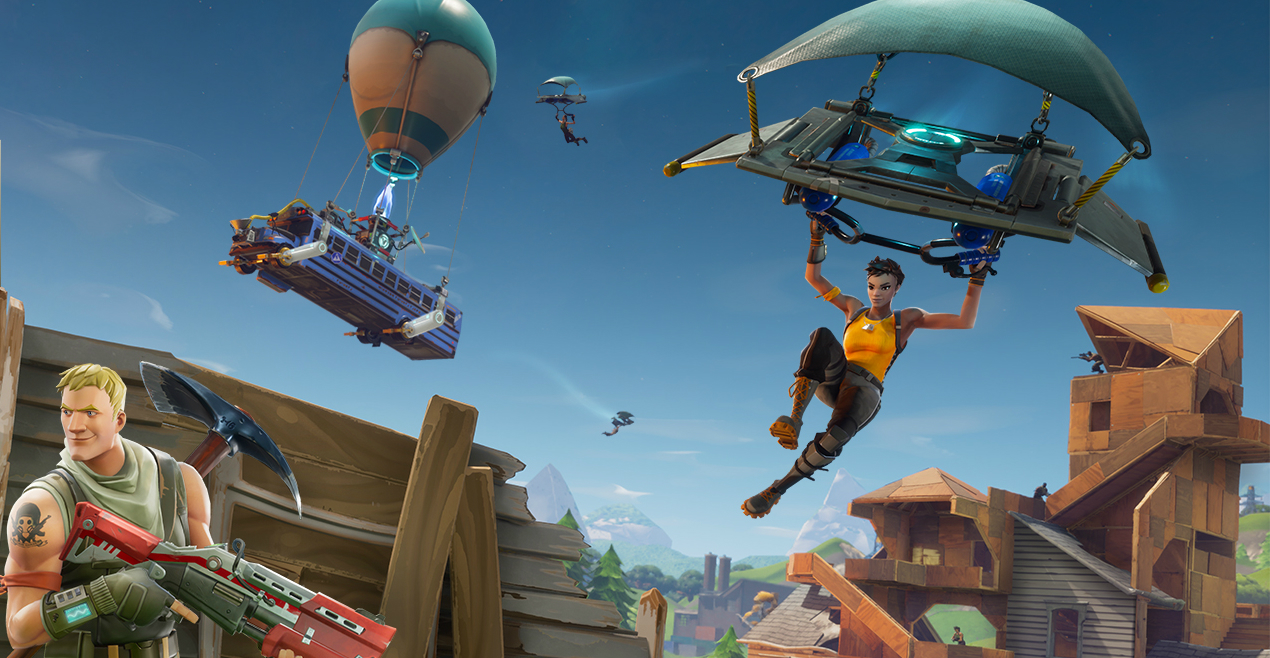 I can more easily recruit people to play it, for one

Battle royale games can be a tough sell. Or not, because PlayerUnknown’s Battlegrounds broke two million concurrent players on Steam, so people are playing them — but the prospect of getting someone you know to drop their cash on something is hard regardless of the subject matter.

The entire conceit of Fornite‘s free battle royale mode turned me off for a while as I didn’t love the early stages of the core game’s campaign, but once I picked it up, it really hooked me. It helps to have a heap of friends to play with.

For those who aren’t aware, the battle royale genre pits a bunch of players against each other (usually 100) on one island, sometimes with a mechanic designed to corral people into the same zone to prevent matches from taking too long. The genre started years back and has been adapted from any number of open world survival games, but as of late some people are erroneously claiming ownership of it.

Despite the hubris, you can’t deny that PlayerUnknown’s Battlegrounds is probably the most well-known battle royale game right now. I’ve enjoyed it for many months and still play it, but it’s mostly a solo affair for me. This is how the conversation usually goes when I ask someone to pick it up:

Some chump: “Hey, is PUBG any good? I hear mixed things.”

Me: “Yeah, it’s good! It’s a little janky but the more you play it the more you’ll enjoy it, we should play.”

But given that Fortnite‘s Battle Royale component is free it’s a much easier sell, and even a gateway to PUBG. That was the case for my wife, who was taken by the cartoony graphics style, the building elements, and the goofy ass Fortnite map. Coincidentally, that’s what led me to play it more and more until I slowly worked it into my routine (cross-Play with PC and individual console ecosystems also helps).

The building bits are keeping me interested. While it’s a different style of play, the concept of creating a gigantic temporary base that towers above the trees, then completely abandoning it because the encroaching blue wall that funnels players (it’s actually a purple storm in Fortnite) is zoning you out of your area.

Its map is also much easier to identify due to the art style, and my wife and I found ourselves picking out favorite spots at a glance when dropping in.”The treehouse in the wailing woods” is much easier to communicate than “that village over there,” though I suspect the over-the-top outlandish style may turn off those who prefer military shooters.

Whatever you think of the art style, give it a shot. It’s still in early access, you can’t change your avatar, the customization options are limited, and there’ still a lot of progress to be made, but it is free.