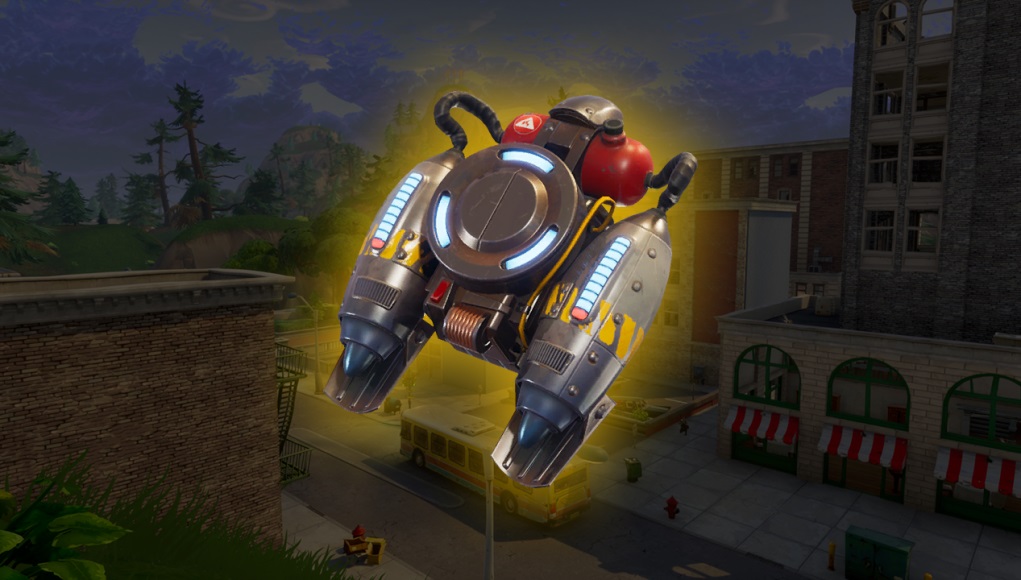 Fortnite was set to receive a jetpack update a few months ago, but Epic Games decided to push back the idea due to a last minute issue. While the intervening months haven’t been devoid of cool new ways to play, jetpacks will finally be making their Fornite debut soon. The news comes from Epic’s in-game message board, listing the item as “Coming Soon.”

That is pretty damn vague, but the description gives a better idea of how this will work. Unlike the previous guided missile update, jetpacks will be a limited time thing. These won’t be a permanent addition to the game (which the missiles were supposed to be), thus any game breaking issues that come about from a lack of balancing will only be temporary. That might suck for die-hards that have been honing their skills, but a little bit of fun never hurt anyone.

I’m unsure why Epic isn’t just going the Thanos route and introducing jetpacks as a separate mode. That would solve any issues people might have with regular play being unbalanced. It would also give people like me, with very limited Fortnite skill, a way to just fool around with the game without having to play so seriously. In any case, you’ll soon be able to take to the skies and potentially build forts in mid-air!