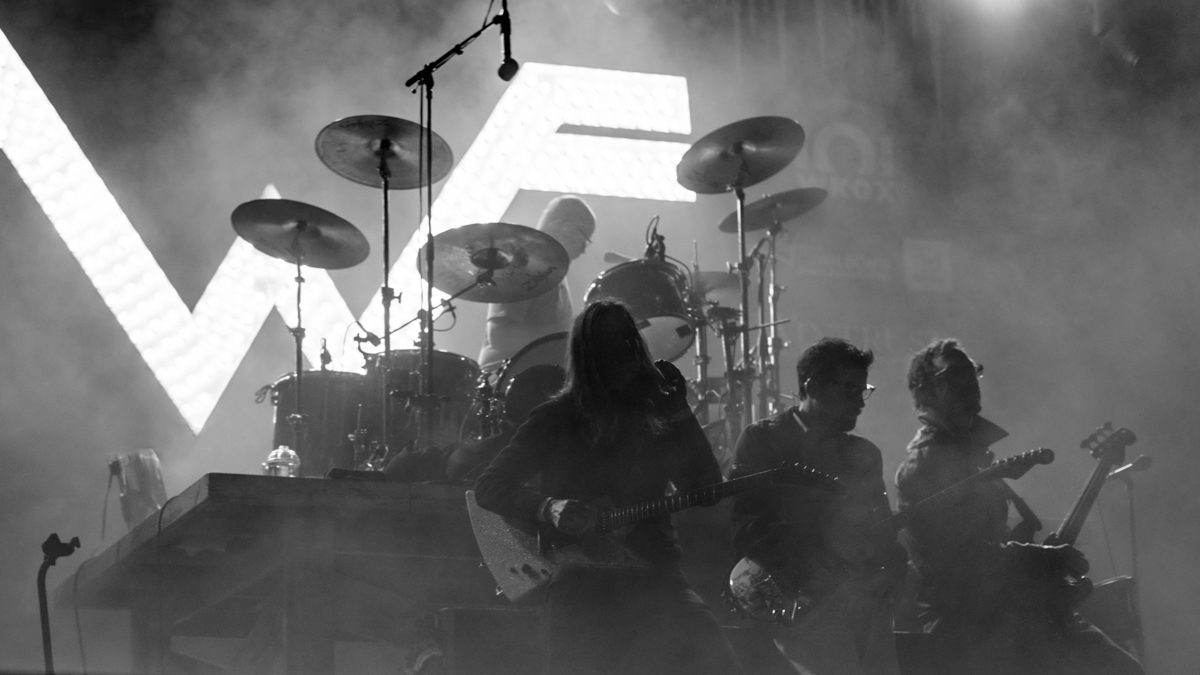 On the eve of the release of its twelfth original LP, Weezer has shown up in an unusual place: On its own themed island in the world’s most popular battle royale game.

Today, Fortnite‘s Creative Mode was updated to include “Weezer World,” which is a giant parkour puzzle map emblazoned with the band’s signature flying W. What’s more, there’s a jukebox on the island that’s playing tracks off The Black Album — Weezer’s new album that drops tomorrow.

There is a new @Weezer themed island in @FortniteGame season 8 which is also playing the new album @RiversCuomo pic.twitter.com/tgNI3jDjr7

This might not be the extent of the cross-promotion. Fortnite teamed up with Marshmello to throw an in-game concert earlier this month, and more than 10 million players virtually attended. There’s a chance Weezer plays a similar short set either today or tomorrow to christen the new album.

For those who have turned their back on Weezer over the years, this is “Say It Ain’t So.” (Although the “Nothing after Pinkerton…” argument is overexaggerated; Maladroit is criminally underrated and even stuff as recent as 2014’s Everything Will Be Alright in the End is legitimately good.) For those who have stuck by Cuomo and Company, this is “Only in Dreams.”