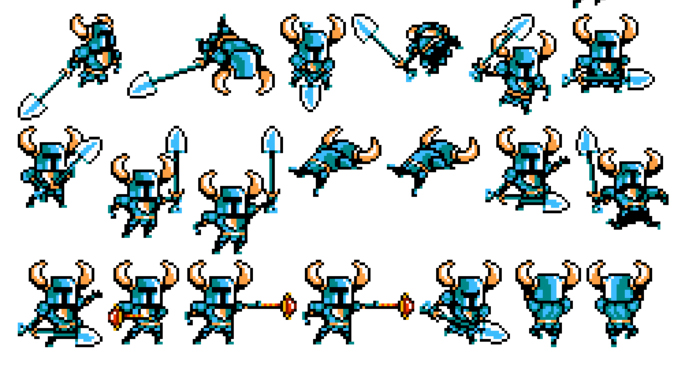 Kickstarter rewards include a yacht party and director for a Day

Shovel Knight is a new action platformer from Yacht Club Games. Headed up by former WayForward director Sean Velasco (Contra 4, A Boy and his Blob, Double Dragon Neon), the game uses an “8-bit +” art style that sticks to the original NES color pallet and resolution, but takes things further than the old hardware would have made possible with highly detailed backgrounds and multiple levels of “parallax scrolling”.

The Kickstarter page lists Mega Man, Castlevania, Dark Souls, and Mother 3 as influences, though I spy a definitive The Adventure of Link feel to the combat, with copious down-thrusting and sword-fighting to spare. Though all of the game’s mechanics center around “jump” and “shovel” inputs, it’s clear that the Yacht Club is working to get as creative as possible with those commands while still keeping it simple. When you put you mind to it, a shovel can do anything.

That open ended attitude towards game design carries over to the game’s Kickstarter rewards. NES-style instruction booklets and CD soundtrack by Jake “virt” Kaufman cover the basics, but big spenders will be invited to actually help develop the game, have a sleep over with the dev team, and even join them at a real life Yacht Party. That’s not something I thought would happen. If you just want the game, that’ll run you just $10, but I’m thinking of going all the way for that once in a lifetime boat trip.

The game’s only currently announced platform is PC, though we’re working hard to get some exclusive Shovel Knight info for the next issue of NF magazine. Take that how you will, but before you take anything, we have to make sure the game gets made, so lets get backing!