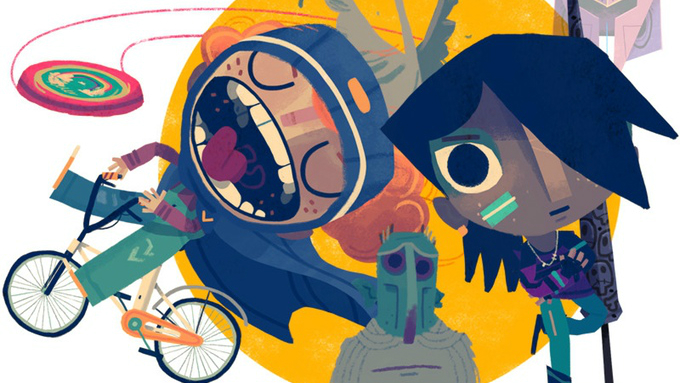 I could write up a basic synopsis of Knights and Bikes right here, but honestly, readers will benefit most from just watching the video below. If you want to skip the obligatory “two dudes sitting in front of a camera talking about the project” section, fast-forward to about 0:27. Then just watch.

A lot of the time when a game claims to be inspired by EarthBound, it misses a key component. It’s more than just being a pixel art role-playing game in a modern setting. It’s about being a kid, doing kid things, and seeing/understanding a world adults seem to miss. Knights and Bikes looks like it gets that, even though it runs with a wildly different art style, one that looks more like Broken Age than anything on the Super Nintendo.

This isn’t too surprising, considering parts of the team working on Knights and Bikes contributed to Tearaway. Other credits include Ratchet and Clank and LittleBigPlanet.

Knights and Bikes is currently seeking £100,000 on Kickstarter. Currently, it has a little over ten percent of that total after its first few hours in the campaign.