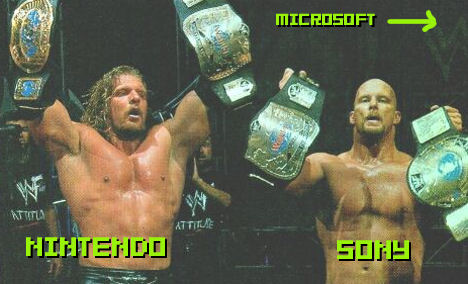 Former SCEE president Chris Deering has today suggested that Sony will eventually catch up to Nintendo, leading to a joint victory this hardware generation. Meanwhile, Microsoft is supposedly fated to bring up the rear in third place. Deering predicts that the magic year for Sony shall be 2011.

The former Sony executive arrived at his conclusion by examining Screen Digest IDG data, as well as looking at the growth of the hi-def and so-called “grey gamer” markets. Also factoring game engine and Wi-Fi expansion into the mix, Deering claims that the installed hardware base will rise from 316 million to 500 million over a three year period, and that the combined weight of Sony and Nintendo will lead to a pair of “big mega-powers” leading the market.

His outlook for Microsoft is less sunny, suggesting that the Xbox 360 will enjoy a “decent” growth with an install base of 40 million by 2011. In contrast, Deering predicts 150 million DS units installed, 80 million Wiis, 70 million PS3s, 90 million PS2s and another 70 million PSPs.

What do you make of this man’s forecast? Is Microsoft destined to lose out to the Sony/Nintendo superpowers, or can the Xbox 360 hold its own once the Black Box o’ Blu-ray starts to truly hit its stride?