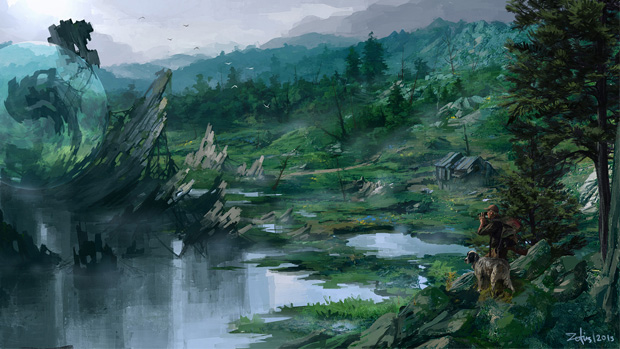 Ahead of a Kickstarter campaign launching this Thursday, West Games has announced Areal, a post-apocalyptic, non-linear game for Windows, Mac, Linux, Wii U, Xbox One, and PS4.

This is a studio made up of “the people behind” Metro: Last Light and the S.T.A.L.K.E.R. series, two properties that handled similar themes well. For now, we’ve got a few pieces of concept art to go on, but I’m hoping the Kickstarter will show assets that are further along.

That wolf-like creature with several eyes looks neat. I’m worried — or was worried, I should say — that the color usage in the concept art will remain conceptual, and not make it into Areal, but West Games describes it as having “colorful visuals.” Not every post-apocalypse needs to be brown.