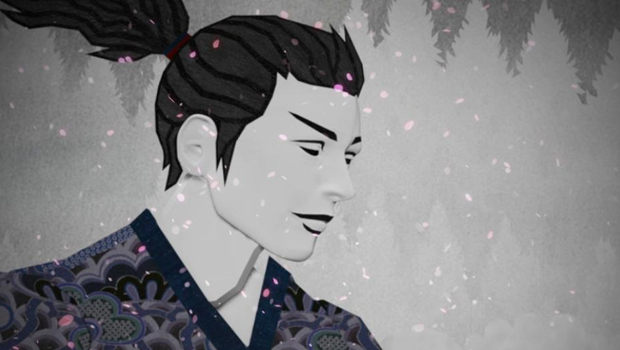 November 13 is a big day for the Wii U. It’s the day that Mario Kart 8 unofficially becomes Super Kart Bros.. As a huge fan of both Excitebike and F-Zero, I’m just as excited for this DLC as I am about Smash Bros. for the Wii U.

I’m also worried that everyone will be so busy playing Mario Kart 8 that they’ll miss out on Tengami, the lovely storybook adventure game from Nyamnyam Games. The studio was founded by Phil Tossell and Jennifer Schneidereit, two developers who met while working at Rare. One of Phil’s first games at the company was Diddy Kong Racing, a game that did the whole “race in the sky, on the road, or underwater!” thing way before Mario Kart 7 and 8 did. It will be a sad irony if Mario Kart 8 inadvertently hurts Tengami‘s sales, though it’s just as possible that it could help them, especially if the game gets prominent placement on the Wii U eShop storefront that day.

Either way, I doubt Nyamnyam will complain. I interviewed Jennifer and Phil for Nintendo Force Issue #8, and Phil sounded pretty darn happy to be back on Nintendo consoles. Though there were some frustrations in developing for the Wii U, like “the turnaround time from making a change and seeing that change is just too long” he said it was still “…a delight to come back to a Nintendo console” and the Wii U Software Development Kit is “…very well designed and implemented, and much like the Gamecube SDK, it’s a pleasure to use”.