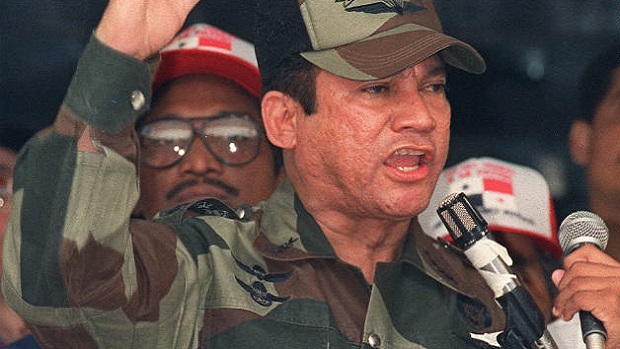 Who does he think he is? Lindsay Lohan?

The videogames industry has seen its share of legal actions lately, but the most recent one comes from an unlikely source. Manuel Noriega, the dictator of Panama until 1989, has filed a lawsuit against Activision for appropriating his likeness and namesake without permission in 2012’s Call of Duty: Black Ops II.

As reported by the Los Angeles Times, Noriega filed his Complaint on Tuesday in Los Angeles County Superior Court. In it, Noriega alleges that Black Ops II portrayed him as “a kidnapper, murderer and enemy of the state” in an effort to “heighten realism,” which led to “heightened sales.” Of course, Noriega wants his cut and is looking for lost profits as well as damages.

There are a lot of interesting things going on here, namely that a public head of state is suing over a videogame. However, maybe most fascinating is that Noriega hasn’t alleged some sort of defamation of character over being depicted as a murderer and kidnapper, but rather that it made Black Ops II more realistic. Sounds like he’s probably a real stand-up guy.