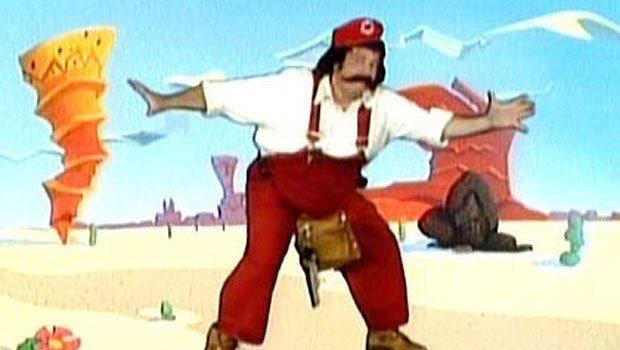 Earlier this week, wrestling legend and actor “Captain” Lou Albano passed away at the age of 76. In the late ’80s, Albano portrayed Nintendo’s Mario on the short-lived television series The Super Mario Bros. Super Show!.

During a roundtable discussion with Mario’s creator, Shigeru Miyamoto, former Newsweek tech/videogame writer N’Gai Croal took the opportunity to ask the legendary game designer the question that was on everyone’s mind.

“Where were you when you heard that Captain Lou Albano passed away, and what was your reaction?”

While for most of the night, Miyamoto appeared to have a pretty firm grasp of the English language (he was able to respond, in Japanese, to most questions directed at him in English without a translator), Nintendo’s Bill Trinen stepped in for this one. As Trinen translated the question for a silent and nodding Miyamoto, the room fell silent. After what seemed like five minutes, Miyamoto finally spoke, and Trinen translated to the room.

“You’re the one who just told me,” was the response.