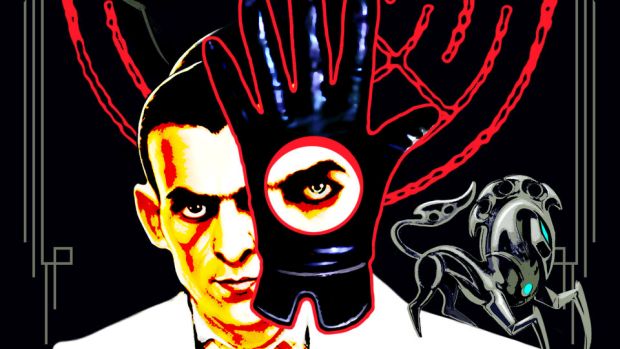 What’s the phrase about shutting up and taking money

It’s been about four months since we first got the news that Irrational Games would be shutting down, and as some expected, some former staff have regrouped in a new studio called Day for Night Games. The studio boasts some bigger names from Irrational too, such as Joe Fielder, who wrote the Burial at Sea DLC, and artist Robb Waters, whose credits include the designs of Andrew Ryan, Sander Cohen, and the splicers.

Their first title is The Black Glove, which casts you as a artist performing out of a theater called The Equinox, where you will use your powers to travel back through time in order to improve the quality of the work you’ve presented at the theater. There’s a good amount of mind bending craziness, such as the theater, which is described as being able to exist in the past, present, and future. I just about got a headache the first time I sat down to discuss the ending of Bioshock: Infinite.

Speaking to Polygon, Fielder describes the ultimate goal is to, “satisfy the whims of the creator, the critic and the crowd. You’re trying to improve the use of these creators’ works in the present by changing their past.” You will have to read character reactions too in order to figure out what you should change in the past, though that will not be the only method players will have to figure out what should be changed. As you might expect, actions taking place in the past will affect the story.

Oddly enough, The Black Glove is being announced before it’s planned Kickstarter campaign, which will be launching in July. You can expect to learn more when the Kickstarter launches with the customary concept video.