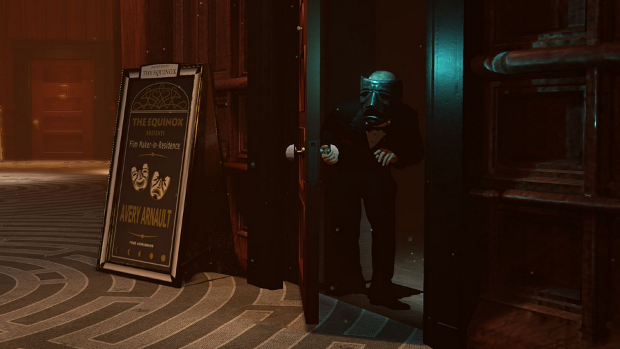 The Black Glove. Huh, I’m into this weird thing. It’s obviously reminiscent of BioShock, but the whole manipulating artists to change things sort of brings to mind this year’s Ether One. Could turn out neat. Good job some putting tons of emphasis on saying “gameplay,” too, to distance themselves from comparisons to another exploratory first-person game from ex Irrational developers. Wink wink.

The black glove itself is pretty awesome, too. I like things that make holes in things even though on the other side there’s not a hole in the thing. Even if you have to play videogames and vanquish space minotaurs to get it.