A retro spin on manifest destiny

With a cheeky-titled bit of free DLC, Journey to the Savage Planet subverts the expectations for a game’s second runthrough. We’re all familiar with New Game+, where you restart a game while retaining all the upgrades that came as part of going through the first time. Old Game Minus is the opposite of that.

Journey to the Savage Planet‘s Old Game Minus mode is a challenge run for those who are already familiar with the lay of the land in this eccentric and usually-dangerous world. You get three lives to beat the game. If you’re playing in co-op, you get three lives to share. Savage, indeed.

There’s a bit of a reprieve, though. Every biome has an extra life hidden somewhere among all the eccentric creatures and fauna. They’re bobbleheads of Kindred CEO Martin Tweed (and they can be seen in the gallery below.) There’s also an extra life hidden “for gamers who know the ultimate retro game secret.” That’s probably the Konami code, but I haven’t tried it to be sure.

If you haven’t had your fill of Savage Planet, this might be a good way to shake it all up. There’s nothing new here, because Old Game Minus doesn’t actually add any content. It’s about finding different and faster ways to assert your dominance over this hostile planet.

Game Update — Old Game Minus [Journey to the Savage Planet] 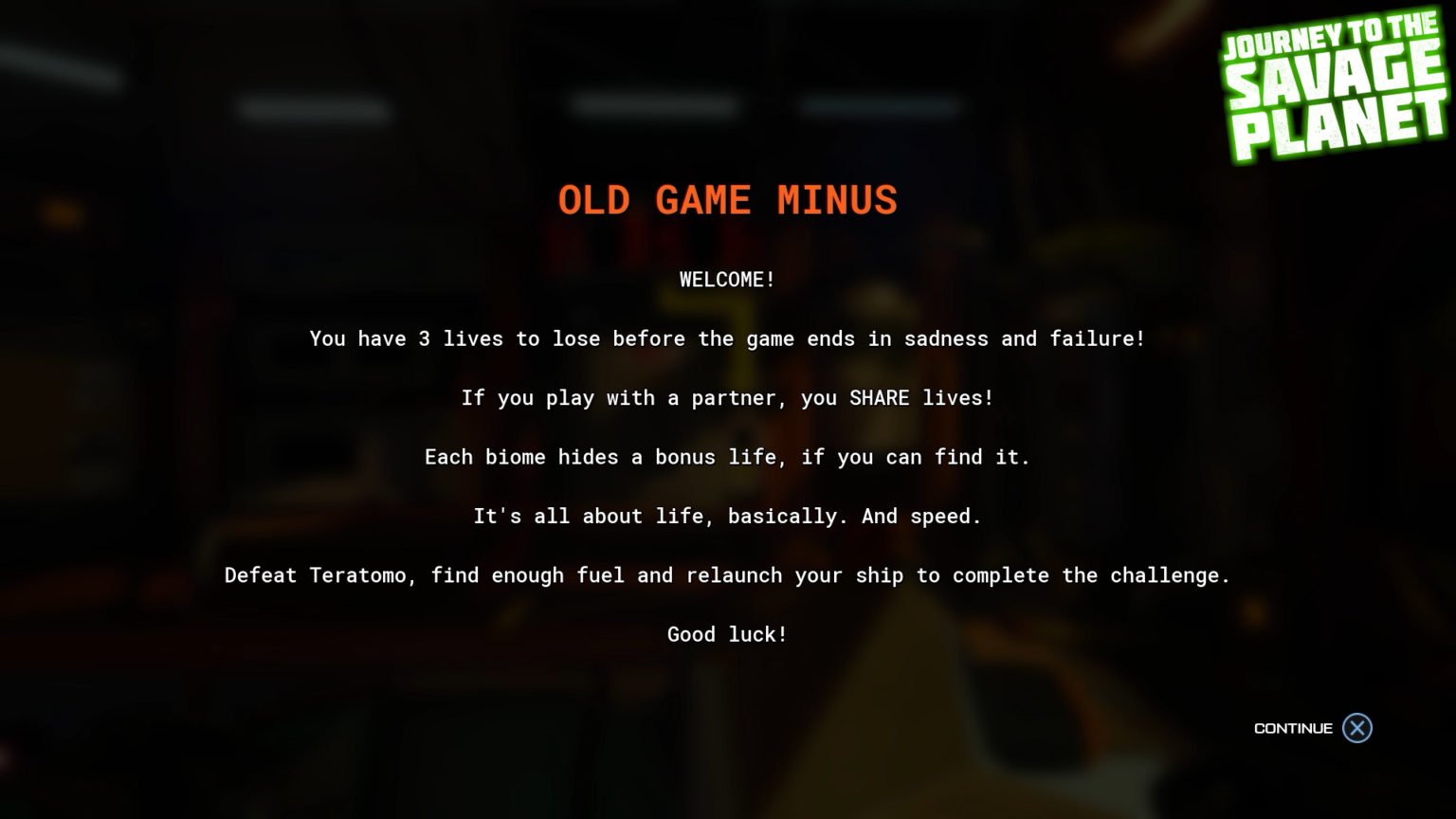