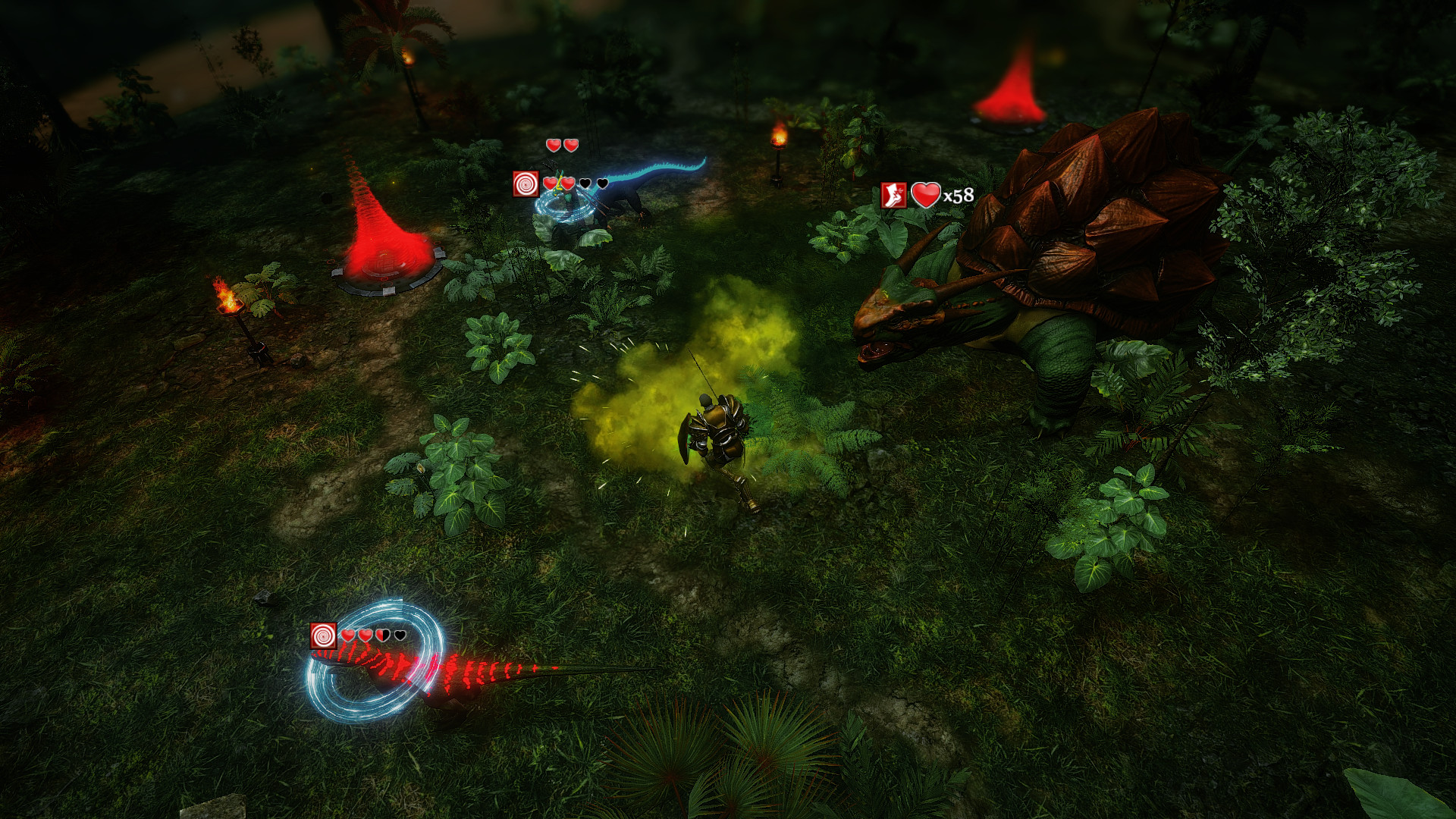 Reading the name Pylon: Rogue before heading into this preview gave me a few ideas. What if this was about a rogue traffic cone who, while kids are crossing the street, decides to move and cause a horrible accident? I may need psychological help, but Pylon: Rogue certainly doesn’t need much; the game is solid already.

The best way to describe Pylon is by calling it a Diablo clone. This is an action-RPG with a heavy emphasis on loot drops. The big twist on the formula is that Pylon is a roguelike; the developer, Quantumsquid Interactive, cited The Binding of Isaac as a huge influence on the systems for Pylon and it definitely shows. 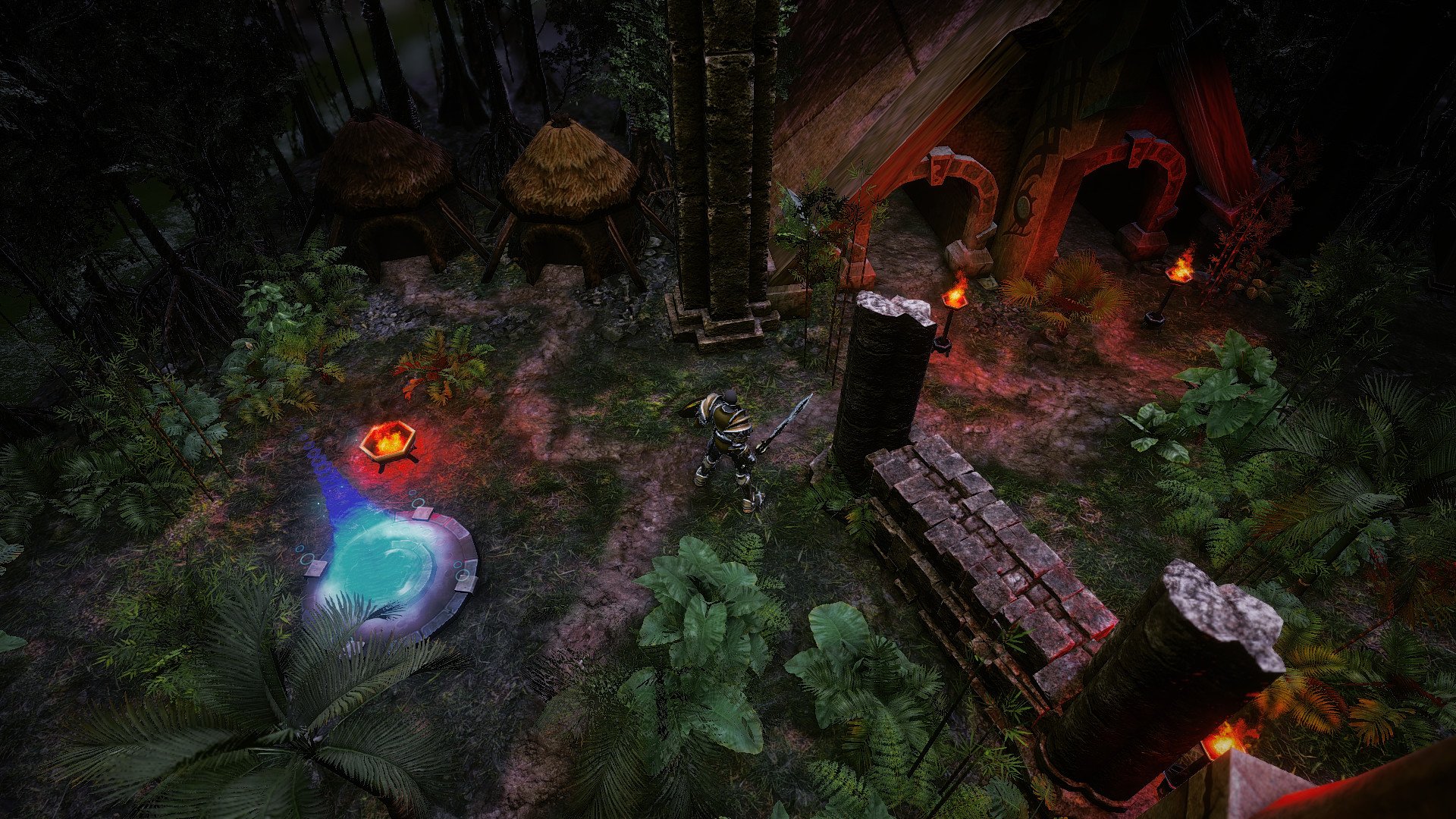 You start off selecting from three different classes (with a fourth one being unlockable) that represent archetypes. There is a warrior, ranger, and assassin, but Pylon’s combat has an equal mix of offensive abilities and defensive combat. Pylon can be punishing, so you’ll need to constantly be changing between defensive and offensive skills in order to survive.

The game starts on an overworld map with dots (or Pylons) representing a level you can enter. These levels then work like Isaac by having you go through doors and clearing out rooms. You’ll be able to see on the world map how many rooms there are in any given level and if the level is hiding locked chests.

The locked chests hold loot that can grant you passive abilities or more money. Clearing out a level of all of its rooms grants you an “epic” chest that has great stuff (usually damage and defensive buffs) and helps you power-up for the eventual boss. To reach the final boss of any given world, you’ll need to clear out four levels on the overworld, though not necessarily every room in those levels. 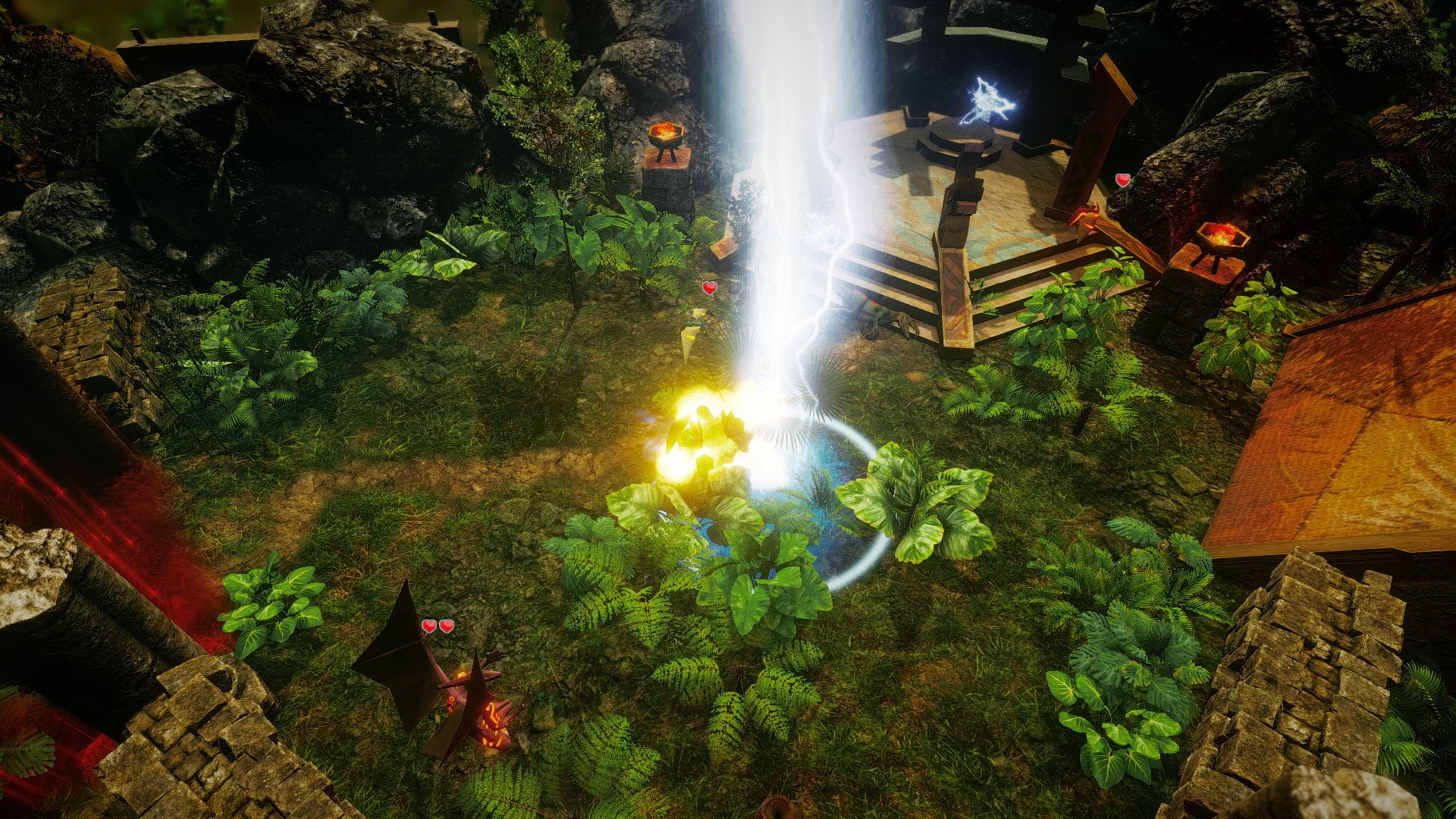 The combat is simple enough, having only your attack, block (or defense ability), and a power move. The power move is limited by the amount of scrolls you have present, so you can’t go spamming them indefinitely. The warrior class in Pylon is called a “Moneydin,” so his power move turns all enemies into gold and has them explode into money upon death. His defensive ability makes him impervious to damage and converts any damage inflicted into money. It works great for quickly amassing a fortune to spend at the shop.

I didn’t spend much time with the other classes, but their abilities all emphasize their class designations. The ranger has a bomb arrow that causes an area-of-effect attack to rain down on foes while the assassin is able to teleport through enemies and backstab them. It allows for great variety between the different characters, even if the control scheme is the same.

I’m not sure if I’m sucked into the loop of the game just yet, but I love how Isaac’s unlockable item drops are incorporated into Pylon. If you collect certain items enough times, you’ll open up the ability to have even better items drop from future chests. This means that while you’ll constantly be restarting the game and trying to inch forward, you’ll eventually have massively powerful items coming out and evening the odds. 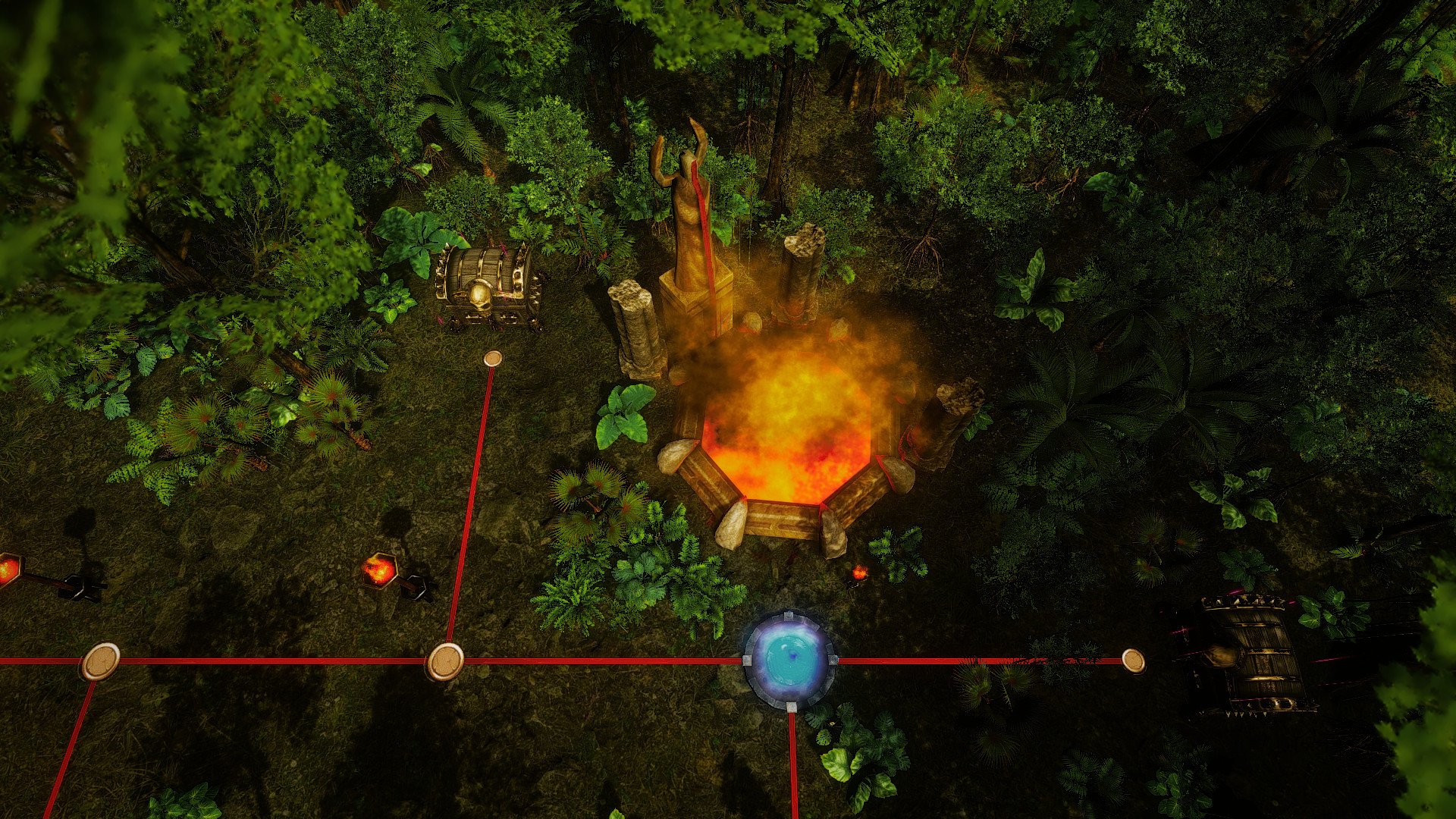 While I like the overworld map and how you don’t need to blindly accept the RNG roll for your playthrough, it feels like most of the room designs are limited. I stuck with the desert level from the demo and ran into a couple of five-room levels that had the same exact layout. The founder of Quantumsquid, Dane Emerson, did tell me that something was going on with the randomization in the desert, so that could be why.

I’m also not sure if I’m sold on permadeath being the only choice in a game that may be long (Dane said some runs could be upwards of five hours), but there is a save system for if you need to take a break and stop playing. Mostly, though, the game is just a little light on content currently.

Quantumsquid opted to go the Early Access route on Steam, so it is continuing development while selling what is readily available. Dane was adamant that the game is going to be finished and that he won’t be disappearing into the night with your funds. He has a strong passion for gaming (coming from a history of being a Nintendo Game Counselor) and game development and doesn’t want to fall into the trap that other Early Access indie devs have. 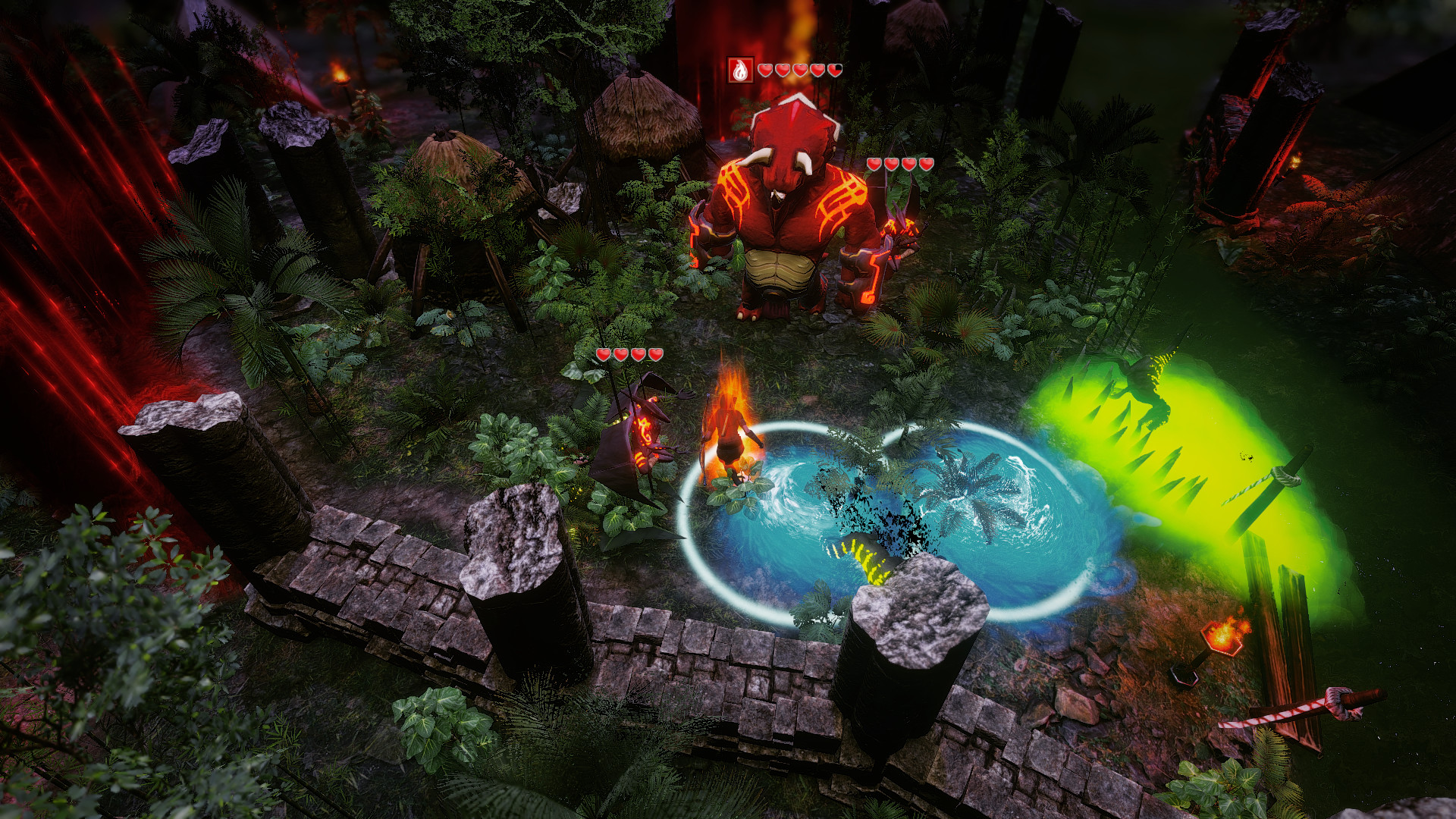 As he mentioned to me, buying the game right now will secure you any and all future updates. While the price may eventually go up, you won’t be paying for DLC or beta testing some future, more polished version of the product. Making an investment in Pylon: Rogue will see you rewarded with a unique take on action-RPGs.

That is a sentiment I can get behind. I may not be enraptured with what I played, but it does have me intrigued. I’m curious to see if applying roguelike principles to Diablo can sustain player interest for long enough to finish a campaign. I’m sure there will be plenty of people who are utterly captivated by the challenge present.

Pylon: Rogue will be heading to PS4 and Xbox One at some unspecified time (probably when it leaves Early Access). You can currently get the game for $14.99 on Steam, but the price will go up when further content is added.