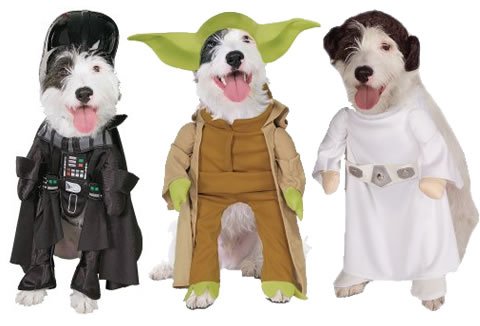 I don’t think I’ll ever fully understand the arcane geometry of public relations. I will never truly grasp the Orwellian mechanics of crafting the elegant, eloquent bullsh*t that comes out of some developers’ mouths.

Speaking with Eurogamer, Force Unleashed producer Cameron Suey explained that since Star Wars is “such a great license,” it was easier for LucasArts dev teams “to get excited about that and not set the bar high enough.” This very clearly explains why the past handful of Star Wars games have been wholly mediocre in every way. It wasn’t that the games were poorly written, or sloppy, or featured broken and tired gameplay — they just weren’t ambitious enough.

What does that even mean? I don’t get it. Did the developers and designers get together and say, “Ok, guys, here’s the deal: we’re just going to half-ass this thing every step of the way. And people will buy it, and it’ll be pretty rad.” It’s not that you guys didn’t set the bar, you just did a bad job.

And really, that’s ok. As long as devoted fans keep buying Star Wars shovelware, it makes absolute sense to squeeze more blood out of the franchise. I can sleep soundly at night, knowing that supply and demand is in full swing.

Nevertheless, Suey promised that the upcoming Force Unleashed is plenty ambitious, adding that LucasArts “really fulfilled the high bar we set for ourselves.” To be honest, this is the only Star Wars game to really spark my interest in the past five or six years, and early reports seem to suggest that Suey is keeping his promise. I only hope that the recent delay was to give them enough time to crank that bar a little higher.

Or maybe LucasArts just fired everyone who wasn’t ambitious enough.

[Via Eurogamer, via Kotaku]