When I was a young warthog, I didn’t know diddly about the games I was buying. I simply made a beeline for the nearest video game section, be it PC or otherwise, and browsed until there was a title that immediately leapt out at me. I kept up with magazines and the like, but I remained mostly oblivious to the development cycles surrounding the titles I wished to procure, the personalities behind them, and in many cases, the content within them.

Sure, I’d check out Seaman in the back of an Electronics Boutique or lust after Monster Rancher Card Battle GB for Game Boy, opting to trade in half of my cartridges for a meager discount off the new title. But there was none of the “announcement trailer, character trailer, preorder trailer, launch trailer, trailer trailer, trailer trailer trailer” nonsense back then. There wasn’t much of an opportunity for me to learn unless I truly went digging. And honestly, I liked it that way.

Don’t mistake my nostalgia for bitterness. It’s fantastic that we have so many opportunities to survey upcoming titles and appraise their quality before spending the $60 (and sometimes more) and ultimately being disappointed. It’s only when these opportunities are used to trick consumers that I get heated. There are several ways that companies are marketing video games to this end, and while I can admit to falling victim to one or more of these marketing fads in the past, it’s about time that we see them all put out to pasture. I’ll be talking about a different stomach-turning technique each week.

A great video game trailer is hard to come by. We may think we’ve seen the best of the best, but in all honesty the majority of them rely on the same formula to push copies. These days, all it takes is music. Most common is the “angsty” cover of a classic song. This can be applied to any games containing even a minute amount of “gritty” content. Also common is the use of rap or rock for games that could probably warrant an angsty cover, but need something “relatable” and “cool” so that people will purchase the product.

What about the Evolve teaser shown below, utilizing an awful-sounding cover of Danzig’s “Mother,” which has little to do with the game in the first place?

Most recently, we’ve got the Dragon Age: Inquisition launch trailer, which relies on “What A Wonderful World” to paint a picture that the game’s score could have done beautifully.

Lastly, take the Call of Duty: Advanced Warfare trailer featuring The Raconteurs’ “Salute Your Solution” that all but lays out an entirely different Advanced Warfare than players who have actually completed it will know:

If you’re not quite sure why this is problematic, take Call of Duty: Advanced Warfare for example. Think about the average consumer who may not follow the Call of Duty series. This is a trailer that relies on live-action footage to tell a false narrative: that war is an exciting, awesome playground where beautiful girls appear to you in the midst of battle while you and your best buddy kick ass and take names. “Salute Your Solution” blares in the background.

How much of the things in the trailer do you actually do in the game? Sure, the suits are perfectly fair to show in the trailer, but the creative liberties taken to demonstrate how they work in-game are reprehensible. It’s purposefully crafted as-is to promote the image that war is a playground and if you’re not hanging out with your buddies in Advanced Warfare, you’re missing out. Whatever sells though, right? 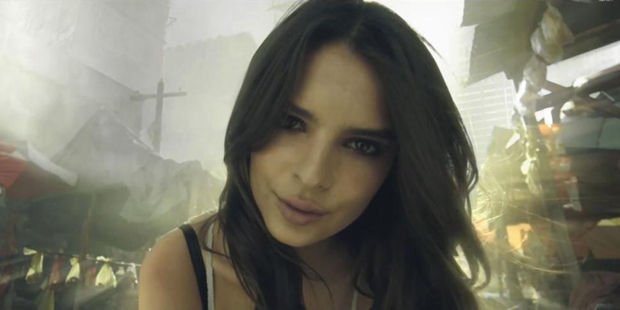 But what’s wrong with a cover? What’s wrong with using some of the same tactics that Hollywood does to promote films? Nothing at all — but given the fact that these are the trailers that pass as “awesome” and “epic” and every other descriptor that’s been overused to hell and back, there’s a lot we’re missing out on. What about the in-game scores composers worked hard to create? And what about the subject matter of the games themselves?

By using advertising materials that are incongruous with the tone of the product they represent, customers are basically being subjected to false advertising. If say, the Call of Duty: Advanced Warfare trailer was all I had to go on I would believe that it was a fun, mecha-based, light-hearted shooter, instead of a game that tries its best to inject some thoughtfulness into its campaign. And we can make light of the “pay your respects” scene all we want, but any game that at least makes an attempt to hammer home even an iota of reverence for a fallen soldier shouldn’t be painted in this kind of light, no matter how many kids beg their parents in a decrepit mall GameStop to buy the game for them. 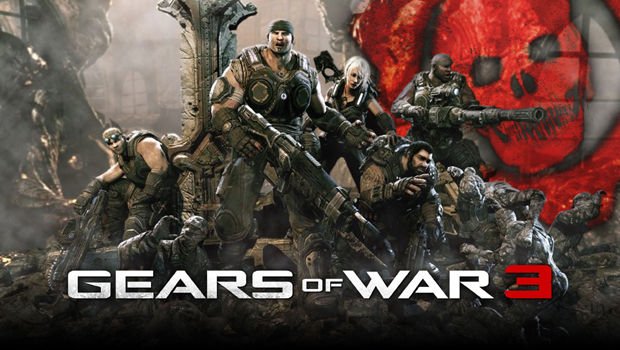 The same goes for the Gears of War 3 ad campaigns, which contained much more emotionally volatile material than the game ever did. For me, Gears of War 3 was a fever dream in the midst of a testosterone-fueled killfest. But it was no emotional powerhouse, despite the deaths that came out of nowhere. Its ending only left me feeling uncomfortable, like the Gears entered some sort of strange, parallel world in which familiar friends make the ultimate sacrifice and a relatively simple solution saved the day. It was almost as if the trilogy hadn’t truly been completed. But forcing tears with imagery akin to a nuclear event? Nothing like the actual game. But to go by the trailer, you’d need a box of tissues at the ready if you were going in guns blazing.

And while it didn’t use a cover of a memorable song or even a track with vocals in it at all, we can all agree that the ultimate bait and switch of the original Dead Island trailer is one of the most heinous offenders of all time.

What’s frustrating is that the atrocities don’t stop with cover songs. Simply culling from a stable of tried-and-true “classics” is an emergent trend as well. Failing the manipulation of feelings and preying on consumer reactions to the “stark realities” of war and how sad everything is, you’ve got the other end of the spectrum, where inane statements are crowdsourced from Twitter and YouTube or those that attempt to pack in songs we already sing along to on the radio, like this Borderlands: The Pre-Sequel clip.

It’s the same vile path tread over and over, until the final products that come down the assembly line are awesome meme-spouting strips of bacon legen-wait for it-dary epic levels of epic, devoid of any substance, quality, or information needed to lock in an educated purchase. I’m all for having fun and I know marketing’s job is all about the almighty dollar, but it’s downright disturbing to see things continuing to spiral downward like this.

And it’s going to continue, because no one will tell these companies to try harder. A Johnny Cash tune sung by Lorde and tossed over “darker” scenes of a game will inevitably attract droves of players looking for a meatier title that’s actually a mindless shooter decked out in the elegant evening wear that is a melancholy trailer. It’ll be celebrated and celebrated until the art of the trailer is stripped of any real qualities that could educate or inform the general public about the product being sold and all that’s left is a live-action battlefield populated by soldiers muttering “Protip!” each time a bullet whizzes by.

It’s getting there. You don’t know yet, but it is.

Check back next week for part two!