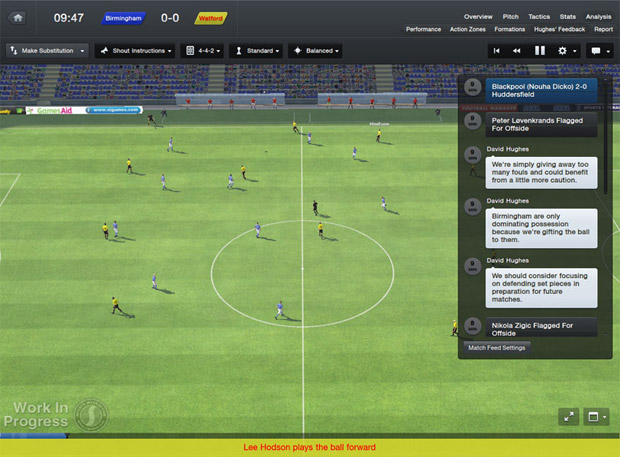 Those who pre-order or pre-purchase Football Manager 2013 ahead of its November 2, 2012 release will get early access to this latest installment, Sports Interactive has announced. The offer is good for retail and digital versions of the game at participating retailers.

The single-player beta will become accessible via Steam code “around” two weeks before the launch date and will remain functional until November 5. It’s also worth pointing out that any early saved games will be compatible with the finished version of Football Manager 2013.

This is one of those series I will likely never fully comprehend, but it seems to make people happy. And, on that note, I guess the box art makes me happy too.