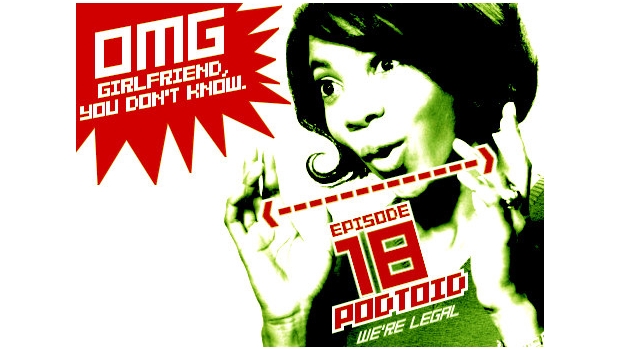 From a loooooong time ago

Are you a Podtoid listener? If so, thank you. We love that you support our silly and almost pointless podcast.

But how long have you been listening to Podtoid? Since the early days? No, I’m not talking about last year or anything like that. Hell, iTunes’ listing of Podtoid only goes back to late 2008, starting around episode 76 (we’re on no. 272 now). I’m talking waaaaay before that.

Me? I’m a fan, and it honestly has nothing to do with me being the Editor-in-Chief of Destructoid. I’ve been one for forever — since it was brand new. And way back in our earliest days I was even a part of it. I appeared on several episodes, but mostly did the recording and editing.

Back then, I’d write original music for the introductions to each episode to keep things fresh and fun. Not to pat myself on the back, but sometimes my song was the only saving grace for these podcasts. If you’ve been following us since our beginnings you exactly what I’m talking about. Some of those shows were, at best, train wrecks, and at their worst, liabilities.

Last week I found some of these intro music recordings. The oldest of them are from 2006, which is just crazy to me. I’ve picked out a few of them for your listening pleasure. They’re not anything special, but they bring back good memories. I remember laughing so hard during the recordings that I’d find myself crying.

That all still holds true today. The cast has changed so many times (Nex, Summa, Aaron, Colette, Ron, Anthony, Topher, and many more), but the heart of what Podtoid is still has stayed true. Keep up the work, Podtoid team. Again, I’m a big fan.

Intro from Podtoid Episode 9, from December 2006

Intro from Podtoid Episode 12, from December 2006

Intro from Podtoid Episode 17, from February 2007