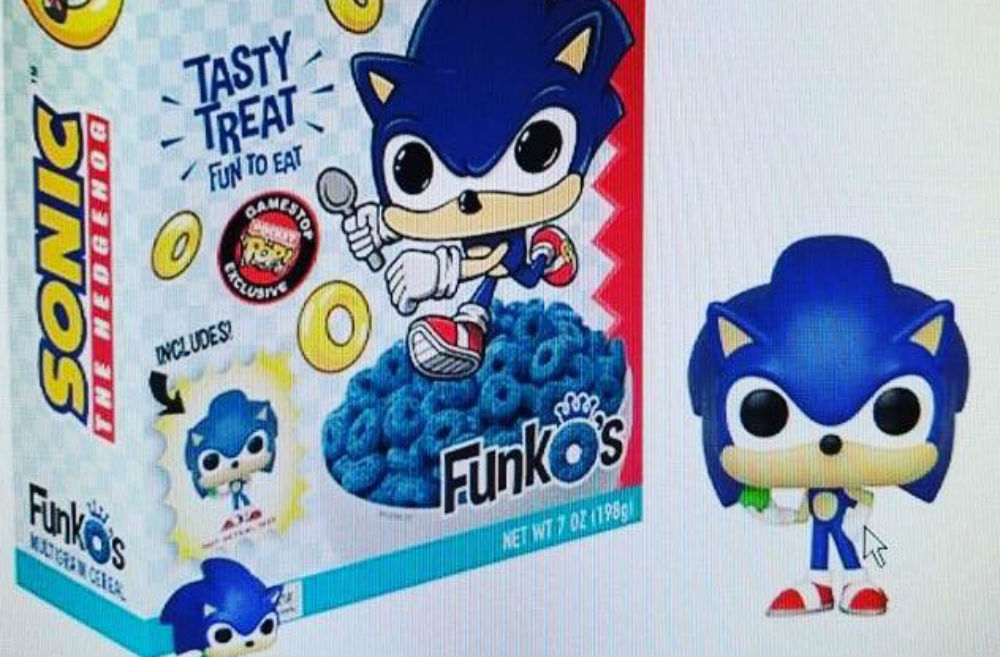 Funko has been thinking out of the box for a while now, trying to get people to buy into their dead-eyed toys. One of their latest ventures? Breakfast cereal. Those ’90s kids won’t be able to resist!

They’re peddled at several partner stores (most notably GameStop and Hot Topic of all places, because gaming and clothing stores are perfect food storage), and have run the gamut of comic properties, films, television, and gaming (Pac-Man, Mega Man, Cuphead). The newest one, according to the Funko news site DisFunko (by way of a GameStop database listing), is Sonic the Hedgehog.

He’ll come with the signature Sonic Funko (holding a Chaos Emerald), and naturally, ring-shaped cereal with a blue tint. Typically these go for $10.99 MSRP (with the toy), but many have gone on sale for less than that. Although there is no planned launch date for the leaked package, we can expect it to arrive later this fall with the other upcoming Funko cereal wave (Golden Girls, Elf, Elvira, Wonder Woman, Freddy Fazbear, and Pac-Man: what a wild bunch!).