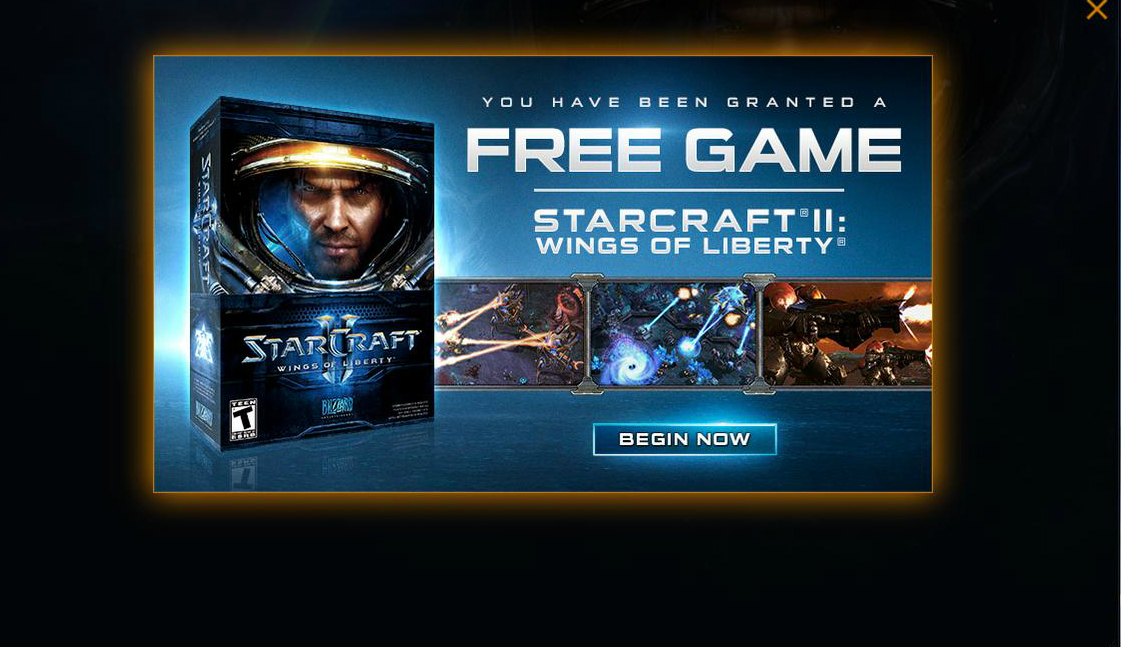 With all of the sales it’s had over the years, at this point, pretty much every Blizzard fan has likely tried the first part of StarCraft II, titled Wings of Liberty. But for those of you who haven’t taken the dive, you might have been randomly gifted it for free.

As of yesterday, hundreds of users are reporting that after checking their Battle.net accounts, a pop-up occurred that notified them that they now own Wings of Liberty. Blizzard currently isn’t offering any explanation for it, but many are saying that this is a sort of test/promotional run ahead of giving away Liberty for free entirely later this year.

So go check your account! Over seven years with many quality of life patches it’s become quite the RTS.