You know the feeling of popping bubble wrap? Stepping on an extra crunchy leaf in the fall? I’ve found that certain mechanics in games are comparable to those small tangible pleasures in life. Wall jumping in Super Metroid, flattening goombas in Mario, and jumping on several boxes in succession in Crash Bandicoot all feel damn good. Now imagine an entire game of those feelings. That’s what Flynn: Son of Crimson sets out to accomplish.

Flynn is the first largescale game by Studio Thunderhorse. It’s already making waves on Kickstarter, where it has until October 24 to reach its $40K goal. It doesn’t look like it’s going to have much trouble hitting that, but its stretch goals include console ports that would suit this charming throwback to the classics. I got the chance to play through the alpha demo, which gives a good taste of the varied combat, open-ended exploration, and gorgeous sprite art.

Flynn is designed with “game feel” in mind. Wikipedia describes the term as “the intangible, tactile sensation experienced when interacting with video games.” The idea is that the base mechanics should feel satisfying even when everything else — story, graphics, music, level design, etc. — is removed.

Thunderhorse says on the Kickstarter page, “We’re strong believers that ‘game feel’ should be priority in any video game so we’ve been injecting as much juice as we can to make sure every hit packs a punch and feels extra tasty.” Judging from the 30 minutes or so I got to play, they have succeeded. Every hit in Flynn feels like finding a $20 bill in your pocket you didn’t know you had.

Attacks come with audio and visual effects that give you the sensation of carving into your enemies. Each swing of your weapon is accompanied by a crimson smear that not only adds panache to your attack but also indicates its direction and power. The way your hits connect reminds me of the two Seiken Densetsu games I’ve played, Secret of Mana and Legend of Mana. Both games incorporated similar satisfying effects. 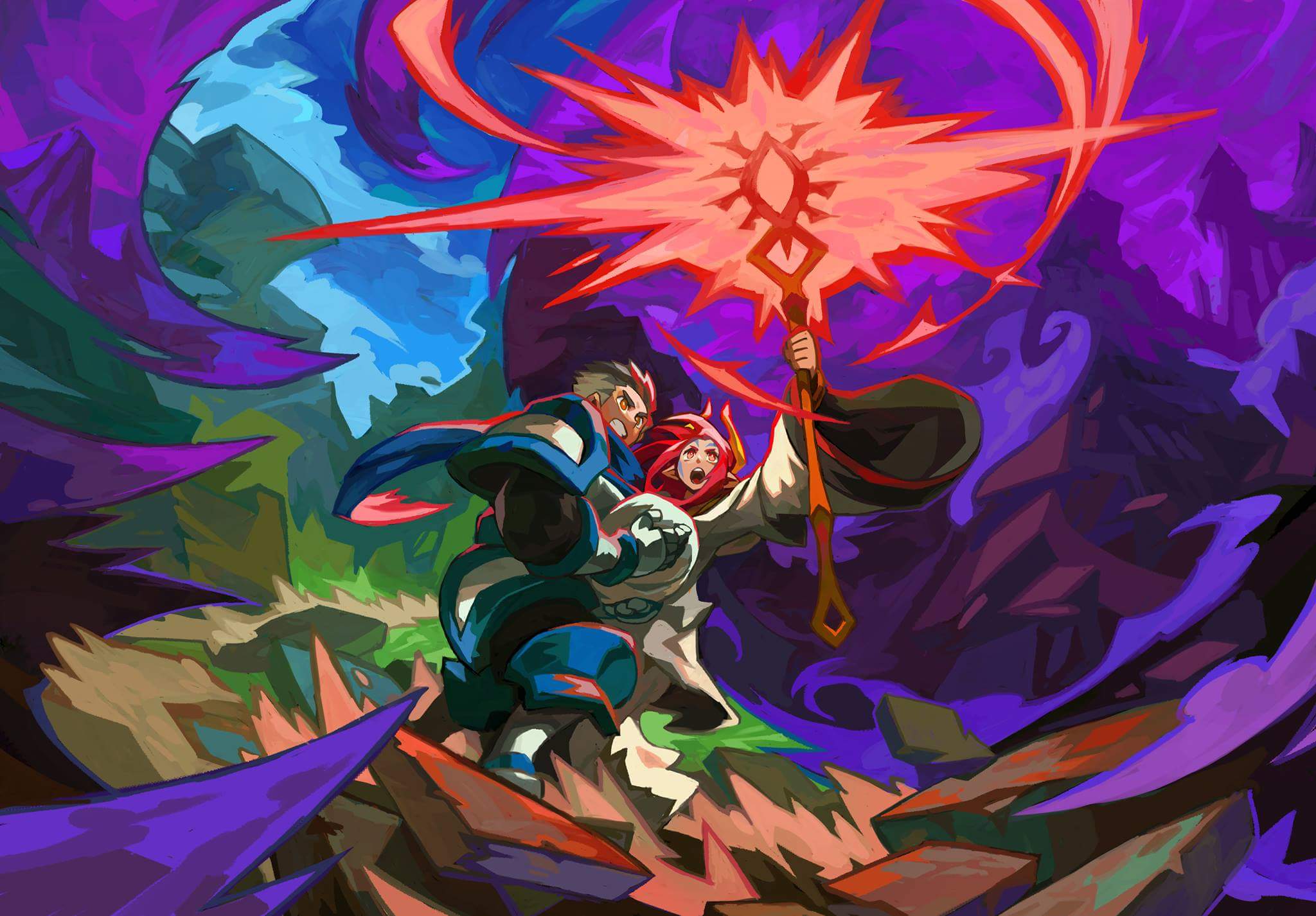 You get four crimson weapons to play with — blade, axe, claws, and bow — suited for different enemies and styles of combat while also serving different utility purposes. The heavy axe lets you break enemies’ shields and bust through weak walls. You can use the claws to unleash a flurry of quick attacks and drill through soft ground. Your bow can trigger traps and puzzles as well as dispatch enemies from a distance. If you pull your bow while jumping, you’ll stay suspended in the air for a couple of seconds to help steady your aim, which is yet another sweet, satisfying feeling.

You’ll switch between weapons in the middle of battle to adapt to enemy attacks. Combat is fast-paced, and there’s a cathartic rhythm to every movement and action. I’m amazed at how tight and fluid everything feels in the alpha build. Short length aside, it already seems like a finished game. A dodge-roll ability adds to the fluidity, helping you avoid attacks and make your way more quickly across substances that impede movement. 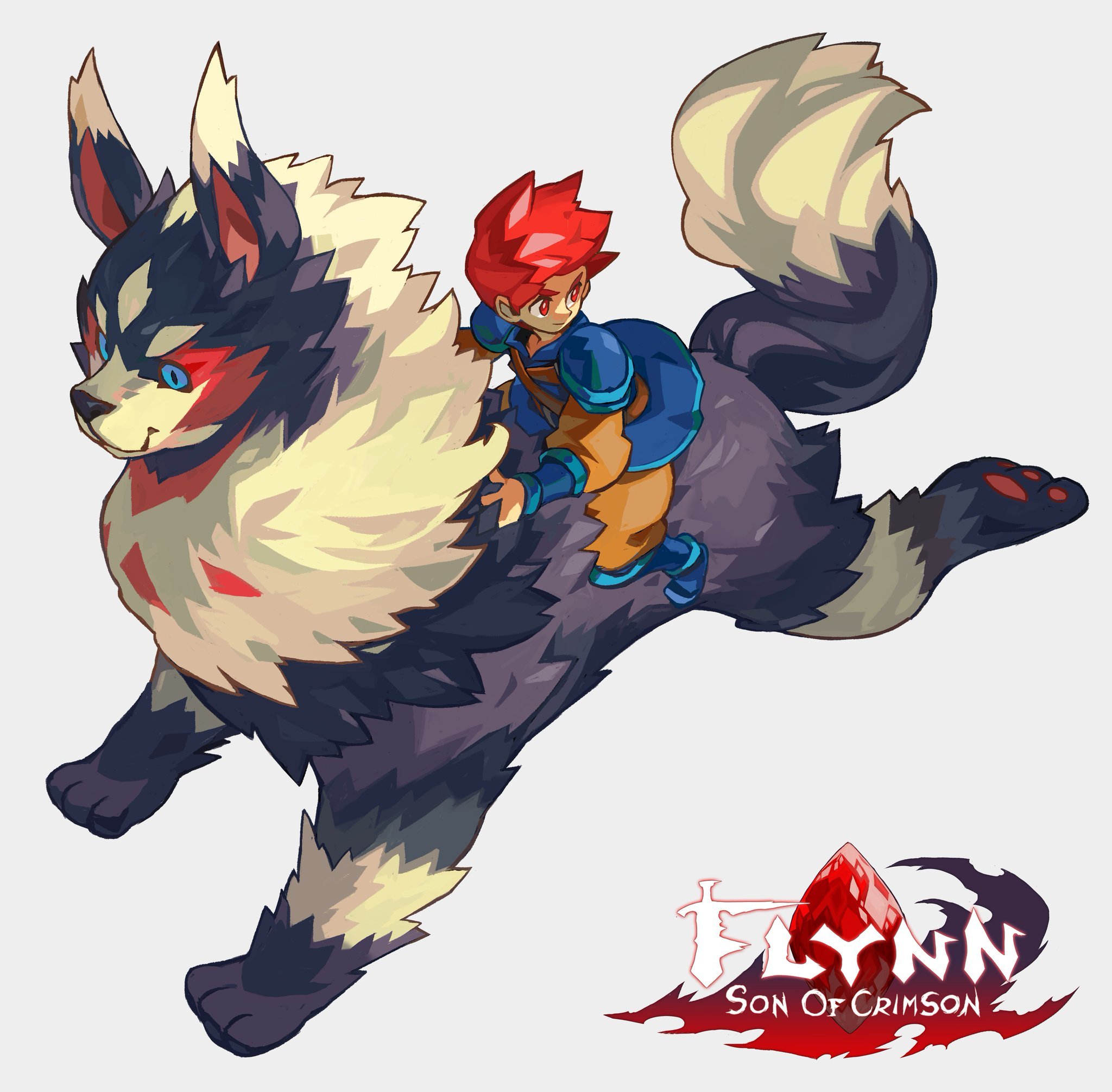 Flynn encourages non-linear progression throughout an expansive world. Some areas weren’t opened to me until I got the weapon or tool I needed to access them — and yeah, there’s a grappling hook. The demo included a falling sequence where I had to move left and right to avoid debris. Following this, my faithful canine companion Dex came to my rescue, initiating another sequence where I was riding on his back and jumping over obstacles. Dex looks kind of like a beefier, grayish purple Okami and I want him IRL.

Flynn: Son of Crimson is fully 2D and a wonder to behold. The sprite art is absolutely beautiful, with a color palette reminiscent of Breath of the Wild if you replaced some of its blues with reds. The calming soundtrack, inspired by folk music, was a joy to listen to as I traveled through the areas the demo offered to show me. It took me to a few unique environments, culminating in an arena, which I assume is the Fighting Coliseum mentioned on the Kickstarter page. The coliseum gave me a good opportunity to try out all the different combat styles, swapping between weapons in fast succession, and it was a ton of fun. 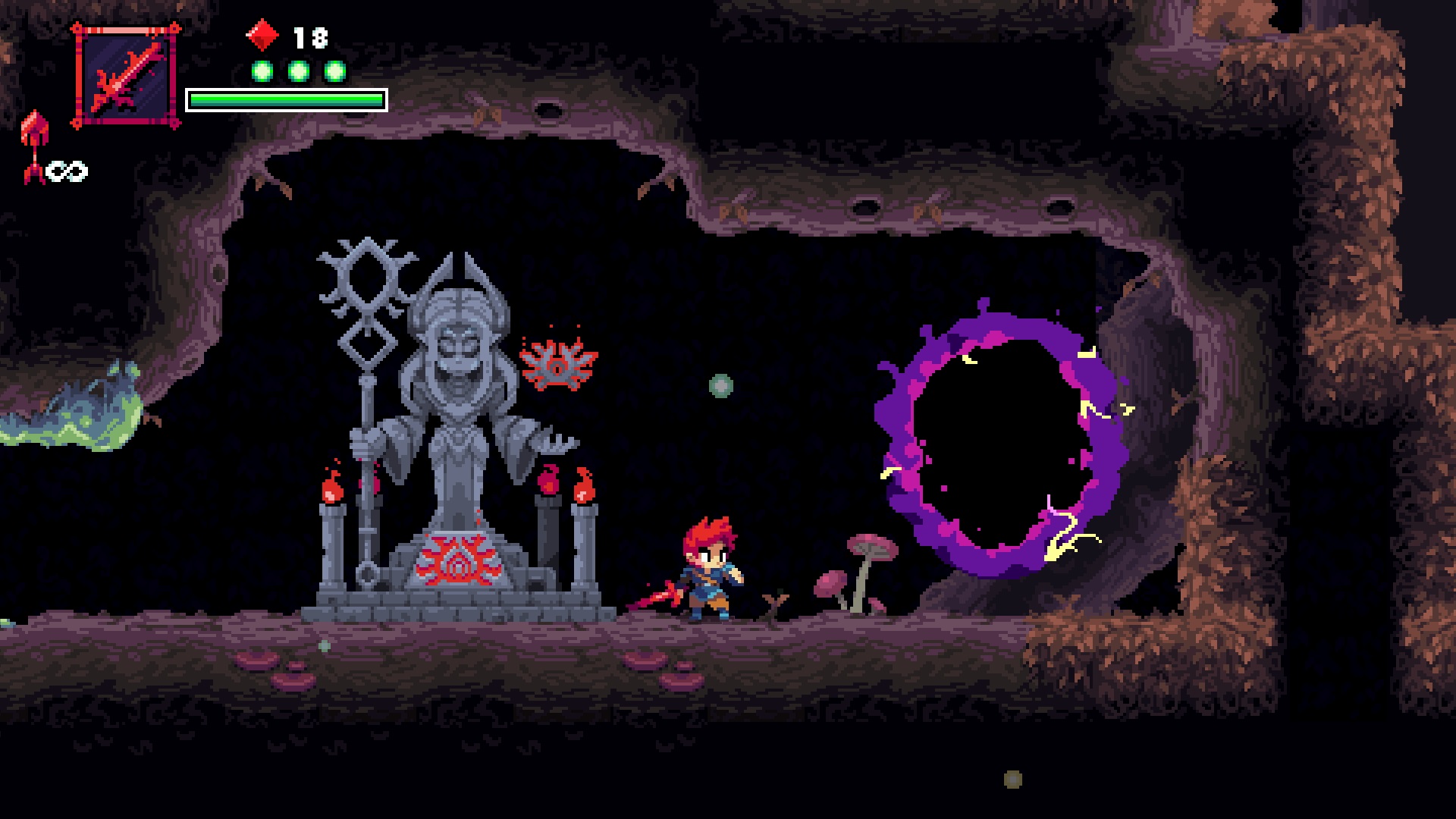 Flynn: Son of Crimson is a pleasure to look at and play, an overall cathartic experience that I’ll be keeping an eye on. The alpha demo gave a good feel for its aesthetics and gameplay. I didn’t get a chance to delve into its story, play around with the alternate dimension, or find out why exactly everything important is red. What I did get to experience, though, was solid enough to make me confident in the rest.

We have a rough estimate of early/mid 2019, but this all depends on how well our Kickstarter campaign goes. If we are successfully funded then the game will for sure be out around that time. We are about 1 year into development and most of our time has been establishing the core gameplay foundations and styles. We have a ton planned in terms of level design, bosses, progression etc. Over the last 12 months we’ve also been carefully designing every nook and cranny of the game, from what ability Flynn acquires from stage 4 to the color of Yombal’s fins.