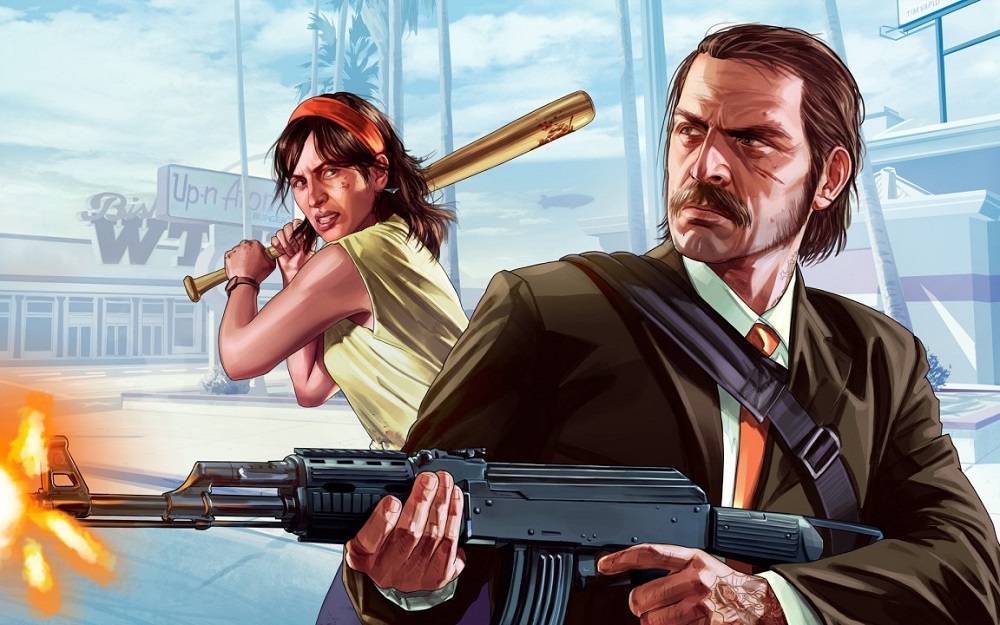 A new update has arrived in the chaotic, bullet-riddled world of GTA Online. A selection of discounts have been applied to various vehicles, clothes and upgrades in Rockstar’s seedy MMO universe.

The Smuggler’s Run missions will, for a limited time, bag you double the GTA bucks and RP points, while Biker Business sales will earn an extra 25% in the world’s surprisingly valuable currency. Speaking of biker businesses, supplies for such ventures are also reduced by 25%, as are Special Cargo Crates.

If you fancy taking some neat hardware out for a spin, then a selection of street vehicles, such as the slick Grotti Visione, have received a variety of discounts. The best deals, however, seem reserved for air travel, as hangers and a selection of aircraft have been discounted up to 40%, alongside price reductions for various aesthetics, including smoke trails, weapon and engine upgrades, flight suits and more.

Finally, those of you who signed up for the “Guest List” at the start of the month can now claim your rewards; a pink wireframe suit, and a further $100,000 in Itchy and Scratchy money. Sounds like its time to party, probably by purchasing a private jet and careening it into a mountain five minutes later.

Grand Theft Auto V is available now on PS4, PC and Xbox One.